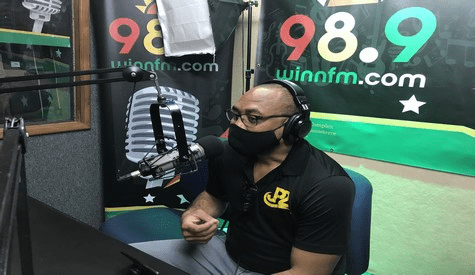 St Kitts and Nevis (WINN): Opposition politicians here have been suggesting that two of the Team Unity’s election candidates, attorneys Lindsay Grant and Jonel Powell who are to appear before a tribunal should not be allowed to participate in the June 5 General Election.

They are basing their argument on the fact that High Court Judge Eddy Ventose earlier this year ordered Tourism Minister Grant and Ambassador Powell to appear before a disciplinary tribunal of two judges.

The judges are to determine if the two attorneys should be struck off the court’s roll of lawyers or be suspended from practice for professional misconduct.

The ruling which was posted on the website of the Eastern Caribbean Supreme Court pertained to the judgment of the court in respect of misappropriation, breach of trust and breach of fiduciary duty by Grant and Powell, who are partners in the law firm of Grant, Powell and Co.

Ambassador Powell was asked on WINN FM’s Voices Programme May 20 about the matter, its current status and what kind of impact it is having on their election bid as Team Unity politicians.

The judgment in the matter concerned reads “Although receiving the sum of US$460,000 from claimant Tanzania Tobin Tanzier, their former client in May 2013, Grant and Powell without lawful excuse, despite repeated requests from the vendor, and the claimant failed to pay the balance of the purchase price of the vendor for a condominium that the claimant was purchasing on the closing date of September 28, 2015.

The defendants finally made the payment of the balance of the purchase price in July 2018, about three years later according to the judgment.

Government in discussions to increase salaries for public servants