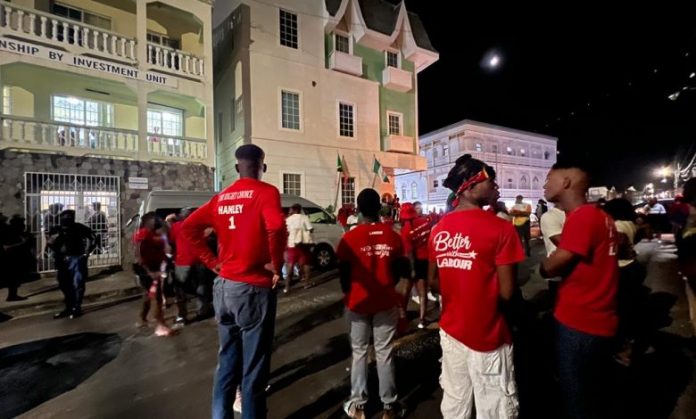 St. Kitts and Nevis (WINN): General Elections in the Federation of St. Kitts and Nevis have ended. While the day saw many alleged reports of non-nationals voting illegally, people were getting financially coerced to vote, and videos showed the transfer of unknown envelopes. Dr. Timothy Harris visited other constituencies during the election day.

The anxiety of the General Election was significantly heightened on the night before the elections on August 4, as there were reports that the  Electoral Office was on fire.

St. Kitts Nevis, Labour Party Candidate for Constituency No 3 Konris Maynard, was on the scene and went live on Facebook to indicate a firetruck was outside the electoral office.

The Organisation of American States issued a preliminary statement saying there was no fire at the electoral building.

Chief of Mission for the Organisation of American States (OAS) Electoral Observation Mission to St. Kitts and Nevis, former Prime Minister of Jamaica Bruce Golding, gave further details in a brief interview with the media.

“We got a report… that the Electoral Office was on fire, and we dispatched one of our observers to the area. It turned out that there was no fire there; the fire was somewhere else.”

After the news had spread and people began to gather, the OAS felt they had to step in and say something because they were told that fear and anxiety that would follow would have people of the Federation worrying about the security of the ballot boxes.

However, Chief Golding expelled those concerns saying the electoral officials were preparing the boxes to be delivered at the polling stations.

“It just shows you know that during an election period, the ground is saturated with flammable passion, and the simplest little spark can create a conflagration that you want to avoid. So it was good that that situation was able to be diffused and diffused very quickly.”