Premier Brantley Rolls Out A $237.2 Million Budget For Nevis 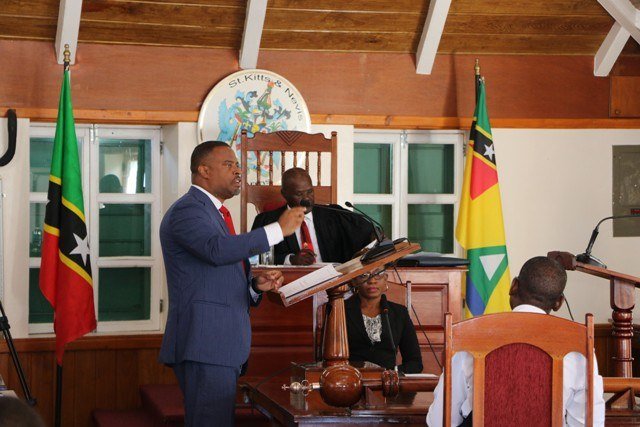 St. Kitts and Nevis (WINN) — The Hon. Mark Brantley, Premier of Nevis and Minister of Finance presented the Nevis Island Administration’s (NIA) $237.2million tax-free budget for 2021, at a sitting of the Nevis Island Assembly on Tuesday, December 08, 2020.

The theme for this year’s budget is “Rebuilding our economy; a people centered approach to economic recovery”.

“We have allocated the amount of $174.9 million to recurrent spending, representing 73 percent of the total budget expenditure. Having considered the uncertain negative impact of the COVID-19 pandemic, my administration is projecting a collection of $128.2 million in recurrent revenue which represents a projected decrease of 8 percent when compared to the projected revenue of $139.5 million for 2020.”

Mr. Brantley said the budget has been supplemented by $45 million from the federal government which represents a share in revenue from the Citizenship By Investment (CBI) program.

“Our combined total recurrent revenue is therefore projected at $173.2 million for the upcoming 2021 fiscal period and when compared to the projected recurrent expenditure of $174.9 million, provides a deficit on the recurrent budget of $1.7 million”.

The Finance Minister said his administration has allocated the amount of $62.3 million for funding the capital expenditure program.

Premier Brantley said that funding for the capital budget would comprise loan funding, where applicable, from the St. Christopher and Nevis Social Security Board; the Sustainable Growth Fund; and grant funding from the government of China (Taiwan) along with grant funding from other regional and international partners.

He added that the NIA would seek funding from other financial entities at concessionary rates not exceeding 4 percent per annum to complete the financing of capital works.

Regarding revenue collection, Mr. Brantley said the projected minimum revenue from CBI passport processing fees $45 million; the St. Christopher and Nevis Social Security Board loans and concessionary loans, $21.4 million; the Government of China (Taiwan) funding and other grants, $10.8 million. The Premier and his administration plans to be very strict with the collection of revenues and would seek to reduce revenue losses by curbing the open-ended concession policies.