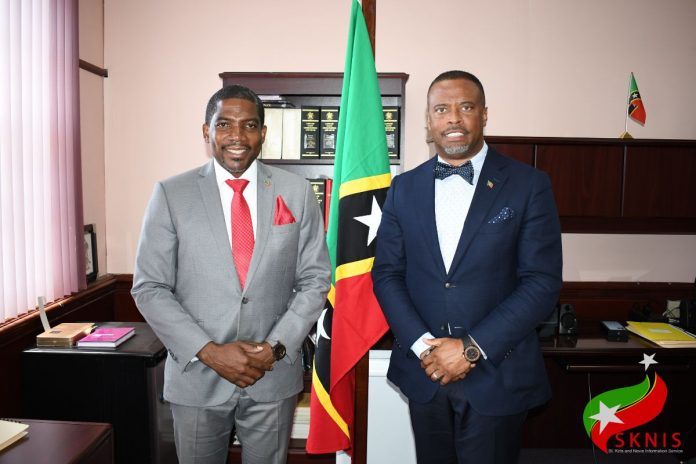 The Premier of Nevis continues to lobby for a “fair share” of the country’s resources, declaring that it will be high on the agenda for 2023.

“Well, certainly, this issue of “fair share” and how we decide how the country’s resources are dealt with; that is paramount. The Prime Minister and I have had a discussion on this very early in our first meeting, in fact, after he became Prime Minister, and he proffered the idea of a six-person committee, so to speak, to look at this. We have already nominated our three persons from Nevis, and we are hopeful that once we get past this budgetary period and settle down in the new year, that- that will be high on the agenda.”

Another major matter for discussion, according to Brantley, is Constitutional Reform. He explained that some of the long-standing issues, including those encountered during the Team Unity Administration, would be dealt with once Constitutional Reform is taken seriously.

“Constitutional Reform- we have always talked about this. Nobody has ever actually done it. The new Attorney General has already indicated his keen interest in getting this done, and so, as a consequence, we are also looking forward to that as well. That, too, will be a joint effort between the two islands, and we’re hoping that through Constitutional Reform, we can iron out some long-standing issues between the two islands. One of those things I am very keen to have fixed in the Constitution is the need to fix those provisions, so that we never again have that situation that we had in the last go-around where essentially you had six elected members [who] couldn’t fire one, but one could fire six. That made no logical sense in any democracy.”

The island of Nevis has been maximising its effort in exploring greener, cheaper energy for the country instead of fossil fuel. Brantley said he is looking forward to furthering the working relationship with the Federal Government to ensure that renewable energy development is brought to fruition.

“The last item that I would mention that is very high on the agenda is the recent collaboration which I really welcome, with the Federal Government on the exploration of renewable energy, specifically Geothermal Energy. The project in Nevis goes to the Caribbean Development Bank’s Board on the 9th of December. We’re optimistic that we would have a favourable decision, and that will then propel us forward. Incidentally, this project was delayed because we needed a letter from the Prime Minister’s Office to basically say to the CDB that we can proceed with this project, that it has the support of the Federal Government. That letter was not forthcoming under the Team Unity Administration, and I give maximum kudos to Dr Drew because within two weeks of him taking office, he sent that letter, and that allowed the process to move forward.”

Meanwhile, the Premier of Nevis has lauded Prime Minister Dr. Terrance Drew for demonstrating cooperation and following through on his words.

“I would say the relationship is far more open. It’s far more cooperative, and it’s a very good feeling when you don’t feel as if you’re always being stabbed in the back. I mean, that has been my perennial problem with the previous administration. I would sit with the Prime Minister as a senior person in the Cabinet and have a conversation, and you left knowing you can depend on what was said to you. I think in this instance so far, Prime Minister Drew has demonstrated to me that if he says he’s going to do something, he’s done it. So in [the] context of the St. Kitts- Nevis relationship, I think that Prime Minister Drew thus far has been a man of his word. I mean, I don’t always agree with him, but I respect that when somebody says this is what I will do, that they’d do it, and that is something, sadly, that I did not have under the previous Administration.”

The Premier concludes that if both Administrations continue on a path of cooperation instead of confrontation, more so with the understanding that all the people of St. Kitts and Nevis are relevant, then that will bode well for the overall development of the country.

Brantley, the Concerned Citizens Movement leader, is hot on the campaign trail as the Nevis Island Assembly Elections are just under two weeks away. The people of Nevis will vote for either the incumbent CCM, the Nevis Reformation Party or the Moral Restoration Movement.