Premier Brantley: The Multi-Million Newcastle Police Station and Fire Unit, An Investment In Safety and Security 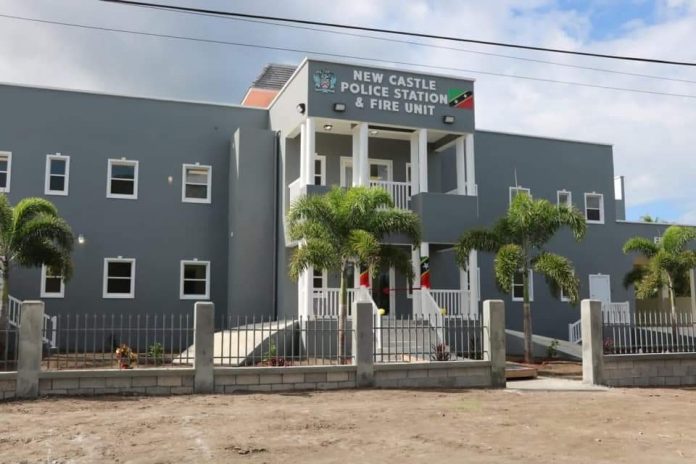 St. Kitts and Nevis (WINN) — The Newcastle Police Station and Fire Unit, constructed at a cost of just over EC$5.5million was officially opened in Nevis, following the commissioning ceremony on Thursday, December 03, 2020, at 10:00 a.m.

The Federal government contributed EC$2million and a loan was acquired from the First Caribbean International Bank of EC$2.6million. The loan helped the Nevis Island Administration to contribute $3.5 million.

A new building was constructed due to the deplorable conditions of the previous structure that was closed in November 2016.

Speaking at the ceremony was the Hon. Mark Brantley, Premier of Nevis who said the government is committed to the safety and security of the people of Nevis.

“This building represents tangible evidence of the commitment of this government to the security forces and the safety and security for all the people of the island of Nevis. Recognize that this is an investment that has been made for the future safety and security of the people of Nevis and the wider Federation and let recognize the effort that went into producing this,” he said.

Prime Minister and Minister of National Security, Dr. Timothy Harris in his address at the ceremony said “the health and safety of our security forces, and in this case, our Law Enforcement Officers, as well as our Fire Officers had been recognized, and continue to be recognized as an essentially important factor in our crime mitigation and prevention strategies.”

The blessing of the building was done by Rev. Conrad Ericson Cumberbatch, Chaplain of the Royal St. Christopher and Nevis Police Force (RSCNPF) and St. Kitts and Nevis Fire and Rescue Services (SKNFRS).