Premier Brantley: The NIA has not approved increase in bus fares in Nevis 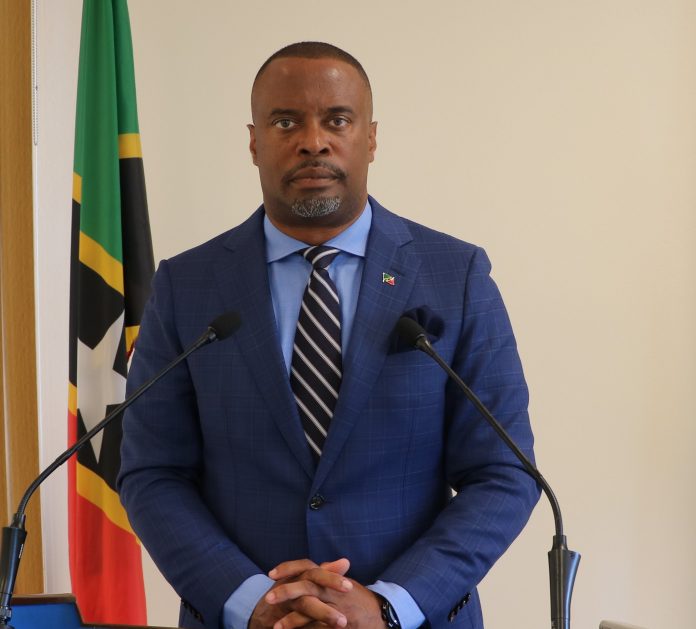 St Kitts and Nevis (WINN): The Nevis Bus Association on Wednesday, March 30 informed the general public of its revised bus fares, effective Monday, April 4, 2022. The information was widely circulated on Social Media and has since received backlash from the Premier of Nevis and Minister of Finance, the Hon. Mark Brantley.

Following the statement, WINN Fm spoke to the President of the Nevis Bus Association, Mr. Davron Maynard who confirmed that there will be an increase in passenger bus fares on Nevis. He indicated that the bus fares would increase by 50 cents, one dollar and even two dollars in some cases.

However, during his Monthly Press Conference on Thursday, March 31, the Hon. Mark Brantley made it clear that no authorisation was given to the Bus Association to increase fares.

“I saw on social media and in the press that bus drivers in Nevis have put out something that says that they have increased their fares. I believe that was circulating yesterday,(Wednesday, March 30, 2022) I can tell you that as a Government, we have not authorised or agreed to any fare increase. The bus drivers would have written to us; the Bus Association, asking for permission, if you will increase their fares and we would have responded to say, hold, we would like to look at the matter.

He added, “I saw some press reports saying that the matter was approved in Nevis, I just want to say that the NIA (Nevis Island Administration) has not approved any bus increase or any fare increases in Nevis; cause we were looking to see how we could work with the Federal Government to provide this type of buffer, that I am talking about, in terms of that tax; whether wave it, put a moratorium on its collection, whatever the case may be. So, we thought we could provide some relief that way.”

Meanwhile, Maynard told WINN FM that several factors contributed to the decision to increase bus fares, not just the rise in the cost of fuel.

“Some of the reasons why we considered raising the fee are because since 14 years ago we have had the last increase in bus fares on Nevis and due to the fact that we have had an upsurge in the fuel price, along with body parts and mechanical parts for the buses has been raised.”

There has been an outcry by transport operators in the Federation in recent times, in relation to the cost of fuel at the pumps. An anonymous bus operator briefly told WINN Fm that prior to the Russia-Ukraine War, he spent about EC $110 to fill the gas tank, but with the rise in fuel prices almost EC $200 is needed to fill his tank.

A fuel subsidy is in effect for bus drivers in St Kitts and Nevis. Prime Minister, the Hon Dr. Timothy Harris announced an extension of the Fuel Subsidy Programme for an additional three months at an allowance of EC $400 per month. Dr. Harris also revealed that the first batch of Fuel Subsidy payments for 2022 were paid to 104 eligible bus owners on February 03, 2022.