Premier Brantley: “We preferred NOT to mash up UNITY,” in response to political opponents 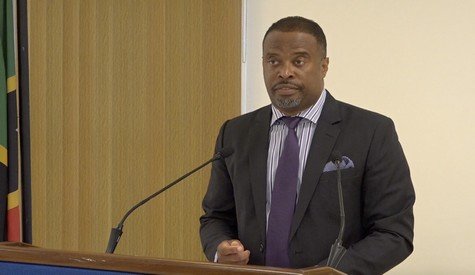 In a Facebook post Wednesday (Mar. 09) Brantley said “there is a lot of noise recently about UNITY and I have stayed quiet. You know why? Because when so called “UNITY” supporters and functionaries attacked me mercilessly under fake profiles and under their own names every day on social Media NOT ONE of those crying now about UNITY mashing up ever condemned what was happening as wrong.”

The CCM Leader described the resistance as “constant and relentless attacks” and said he spoke privately and repeatedly to those who had the power to stop the attacks.

“They were handsomely rewarded by UNITY for publicly attacking me and CCM. These attacks sent the clear and unequivocal message to the world that some elements in “UNITY” were being empowered and rewarded to attack me as leader of the CCM Party, the second-largest bloc of seats within Team Unity; but nobody saw these attacks as mashing up UNITY. Not one soul said a word,” the post further read.

He continued: “As for me and my team we did NOT retaliate. We stayed quiet. We preferred NOT to mash up UNITY. Some said we were weak for not clapping back BUT I took the view that restraint was not weakness.”

Brantley’s comments come on the heels of a statement made by Deputy Leader of the People’s Action Movement (PAM) Hon. Lindsay Grant claiming that there are elements within the government applying pressure to charge him for an incident involving himself and police officers.

“My information has led to the inescapable conclusion that elements within the same government in which I serve are hard at work to not only orchestrate charges against me but perhaps to achieve some narrow political gain by seeking to wrongfully implicate others,” Grant said.

PAM is heading into its Annual National Convention on Sunday, March 13 under the theme “Keeping the Promise” which Political Leader Hon. Shawn Richards said was chosen to solidify its commitment to Team Unity.