Premier Threatens To Report Governor’s ‘Act of Aggression’ To UN 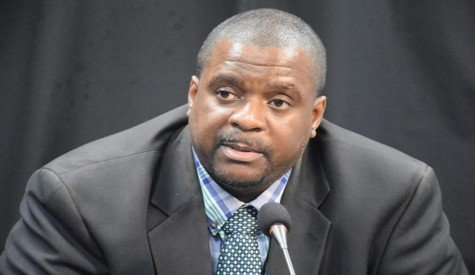 (BVI News) Premier Andrew Fahie has put Britain on notice that he will be escalating to the United Nations what he described as an “act of aggression” by Governor Augustus Jaspert towards his government.

The Premier gave that indication in a letter to the UK Minister responsible for Overseas Territories, Baroness Elizabeth Sugg, last Friday, September 25.

Fahie was referring to circumstances that led to Governor Jaspert overriding his government’s wishes and inviting British Royal Naval vessel HMS into the territory to assist the BVI in securing its borders.

The Premier said he was outraged that the governor had decided to ‘hijack’ the territory’s sea borders through what he described as a “grossly inaccurate and exaggerated misrepresentation” of the BVI’s COVID-19 border security threat as well as its ability to protect its own borders.

“Despite the position of the government of the Virgin Islands being clearly articulated to Governor Jaspert, he proceeded to present a paper at this morning’s National Security Council (NSC) meeting which exaggerated the needs of the BVI to paint a fabricated inaccurate and misleading picture of the state of affairs and capabilities of the territory to justify UK interventions, including military involvement, beyond the scope of what was requested by the territorial government,” the Premier wrote to Baroness Sugg.