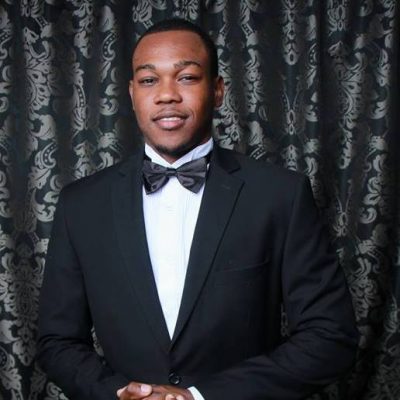 St. Kitts and Nevis (WINN): Law Lecturer at the Clarence Fitzroy Bryant College, Mr. Azard Gumbs is beaming with pride following the announcement that one of his students has placed 2nd in the entire Caribbean in the 2021 sitting of CAPE Law examinations, Unit 1.

The student Dariela Warner is the 2nd student of lecturer Gumbs who has placed in the top 10 in the region. The first was Juwanna Caines in 2018 who also placed 2nd in Law Unit 2.

Mr. Gumbs quoted legendary inventor Alexander Graham Bell in his interview with WINN FM News, “Before anything else, preparation is the key to success;”

“I was very elated but I was not surprised. Dariela has always been- during my class, a role model student. She is very determined, based on what I experienced. She always did her work. She always paid attention in class and always did the assignments when given. She asked questions when needed and she hardly ever complained about any task that I would have assigned to the class.”

Acknowledging the stellar performance by Juwanna Caines in 2018, the lecturer reiterated the importance of focused preparation.

Mr. Gumbs noted that as a lecturer, he ensures that his students are equipped or prepared with the necessary skills and material so that whenever they sit exams, nothing comes as a surprise.

Additionally, the lecturer said that students often complain about the number of assignments and tests that they have to do for Law, but though it could become overwhelming at times during the semester, it all boils down to preparation and the end result will be favourable.

Gumbs added that besides preparation, a positive attitude, improvement and confidence are important characteristics to have as a Law student.

He said, “I always have a love for education. I’ve always been a nerd so to speak. In fact, in school, I was very focused in ensuring that I got good grades; so I want to make sure that my students do well as well and when I say do well, do the best that they can do because, you know that different people come in at different talents; but, it’s ensuring that the students does the best, so at the end of the day they can say to themselves that regardless of the grade that they get, they would have done their best, they would be better off than they were before.”

Mr. Gumbs has indicated that he is looking forward to more outstanding results in the next exam sitting, as he has several students who are quite capable of standing out in the region.