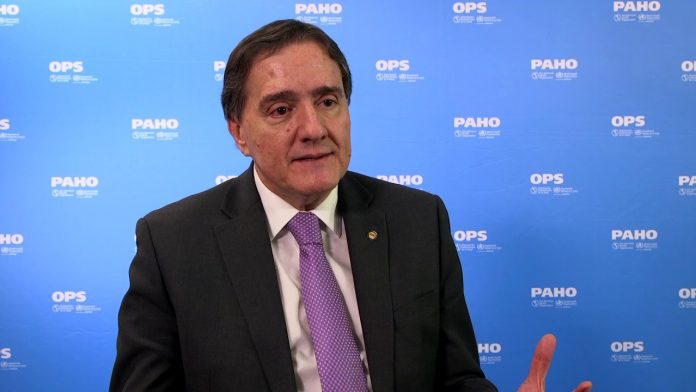 WASHINGTON, United States (CMC) — The number of prequalified vaccine manufacturers under the World Health Organization’s (WHO) COVID-19 Vaccines Global Access (COVAX) Facility, through which Caribbean countries are accessing the injections, could increase by the end of this month, says Assistant Director of the Pan American Health Organization (PAHO), Dr. Jarbas Barbosa.

He said while agreements have been brokered with several producers under the COVAX Facility, only one — Pfizer Inc — has, to date, been prequalified and also granted emergency use authorisation to supply vaccines by the WHO.

Dr. Barbarosa said manufacturers with which agreements have also been forged include: AstraZeneca, whose vaccine dossier is being reviewed by the WHO’s Prequalification Team, and Moderna, whose submission “is also under review”.

“We have active contacts with many other producers that are bringing their dossiers to be reviewed by the WHO, and we expect [that] by the end of February to have, maybe, four, five or six prequalified producers,” he said.

Against this background, the PAHO assistant director remains optimistic about the programmed deployment in March, of the initial doses of two billion COVID-19 vaccines committed by manufacturers that applied to join the COVAX Facility.

PAHO is slated to receive over 150 million doses for deployment to member countries during the initial vaccination rollout between March and June. This undertaking will incorporate PAHO’s Revolving Fund Facility.

Dr. Barbosa also advised that PAHO is providing technical cooperation to the Caribbean countries in relation to their immunisation programmes to facilitate COVID-19 vaccinations.

“We have had many meetings with the chief medical officers [and] with the ministers, covering several different topics that are very important to the immunisation campaign. These include: communication — to respond to the rumours, conspiracy theories and things that can prevent people from getting vaccinated; training of the professionals; and supporting the Caribbean countries, also, to access COVAX Facility,” he indicated.

Meanwhile, PAHO Director Dr. Carissa Etienne has hailed healthcare workers across the Americas, whom she said “have made extraordinary personal sacrifices to care for patients who have fallen sick” over the last 12 months of the pandemic’s duration.

“They have worked harder [and] under more gruelling circumstances, than ever before. Many have risked their own lives and those of their families to care for those who are sick, and their heroic efforts have saved many COVID patients,” she said.