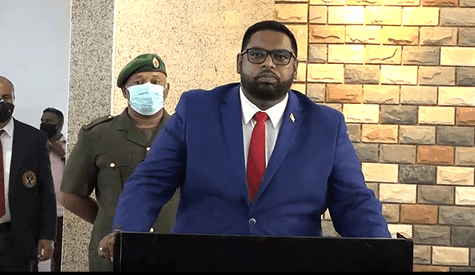 (Trinidad Guardian) Guyana President Irfaan Ali has rejected claims in the Trinidad press that Guyana has refused to accept flood relief items offered by the Government of Trinidad and Tobago.

During a telephone interview with Guyana’s media yesterday, Dr Ali explained that “What Guyana communicated, the Foreign Minister (Hugh Todd) in a conversation with the Foreign Minister in Trinidad and what we did was to ask for specific help in relation to pumps because we already have food and food supplies covered and we don’t want to burden anyone in areas that we had covered,” President Ali clarified.

Dr Ali explained that the request was for portable pumps, for which the specifications have been forward to the Trinidadian authorities.

“We are awaiting a response now,” he said.

Dr Ali suspects that Trinidad was responding to the list disseminated by the Civil Defence Commission (CDC) which had included food supplies but with Suriname also suffering a similar fate, Guyana has since clarified that its urgent need is for pumps.