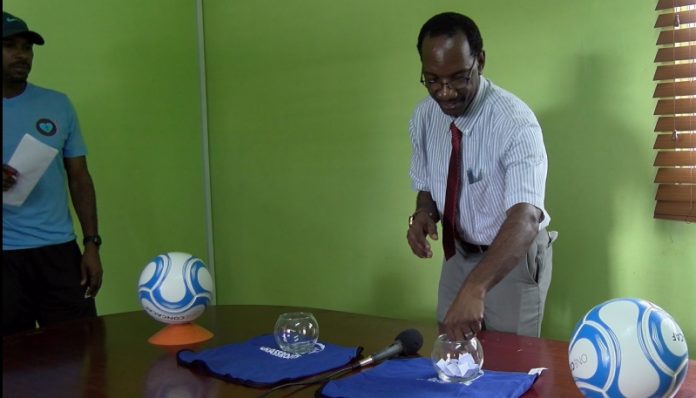 St. Kitts and Nevis (Sports Page) – After a two-year hiatus, Primary School’s Football action is set to return on Nevis.

The revelation was made on the afternoon of Wednesday 21st September, when representatives of the Primary Schools on Nevis, gathered at the Sports Department, to witness a draw to determine which schools will play in groups one and two.

The tournament is a collaborative effort of the Education and Sports Departments and among those making brief remarks were Director of Sports, Jamir Claxton and Permanent Secretary Kevin Barrett.

Both officials indicated that they are anticipating a keen competition and wished the tournament well.

Permanent Secretary Barrett made the official draw and the ten teams and groups have been determined as follows:

The tournament is set to start on Wednesday 19th October and four matches will be played on Wednesdays and Fridays thereafter, starting at 1.30 pm.

All of the matches will be played at the ET Willet Park and the VOJN Primary School’s playing field.