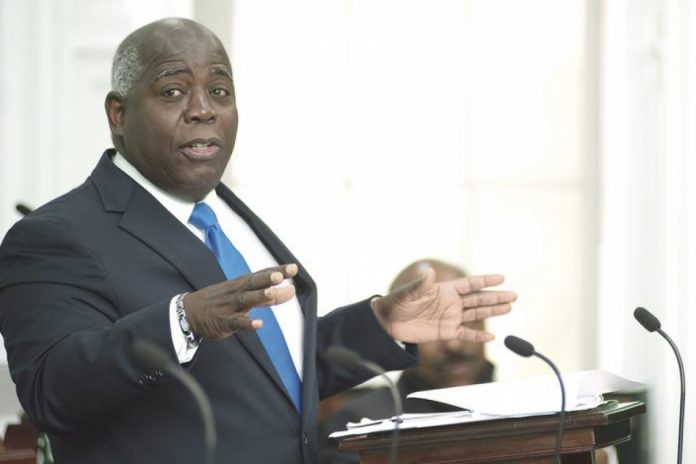 (The Nassau Guardian) NASSAU, The Bahamas–Prime Minister Philip Davis claimed in the House of Assembly on Monday that US $10 million of the Bahamian people’s money earmarked for the Food Distribution Task Force had “simply vanished.”

“To this day, Madam Speaker, despite numerous requests, two [non-governmental organisations – Ed.] NGOs have still not provided any information at all and, combined, they received more than $10 million,” Davis said.

Davis did not name the NGOs, and there was no conclusion made by ATI Company Limited, which conducted an “agreed-upon procedures report” on the programme for the government, that more than $10 million had “vanished”.

ATI stated that Lend a Hand Bahamas did not submit requested data “as at the date of this report.”

It added that IDEA Relief “did not submit timely data (submission March 18, 2022,) via email in PDF.”

According to the food programme “contribution summary” contained in the report, Lend a Hand Bahamas was given $11.5 million (the largest allocation of all NGOs) and IDEA Relief was given $4.4 million for its feeding programmes connected with the work of the task force, which was established by the previous administration to help feed the most vulnerable Bahamians during the height of the COVID-19 pandemic.

Speaking in Parliament, the prime minister said, “In the case of the food programme, requests for credible documentation of how $53 million was spent have not been answered. To be clear, documents have been provided, but they are not documents that answer the most important questions posed.”

He said, “… In the general findings of the audit report, 18 categories of major deficiencies were noted.

“These ranged from a widespread lack of record-keeping and widespread inconsistencies relating to the sums of money handled, to a complete absence of minutes being kept of meetings, agreements and actions.

Davis added: “Given the sums of money involved, the deficiencies are breathtaking.”

He said public officers did not have oversight in the expenditure of funds. “Expenditure of millions of dollars remains unexplained and undocumented,” Davis added.

“So, for example, just to highlight the point, if the task force is saying that they gave an NGO $100,000, and the NGO is saying they only received $80,000, what’s happened to the difference?”

The prime minister said, “We table the report today [Monday] and once again, call on those with knowledge of the underlying facts to come forward. Those who have failed to provide answers and evidence still have an opportunity – and an obligation – to do so.

“We do not prejudge the circumstances we have uncovered. We cannot say definitively whether we are looking at jaw-dropping incompetence … or something considerably worse.”

Initially intended to be a 12-week initiative, the food programme was in operation for 70 weeks with $53 million in funding.