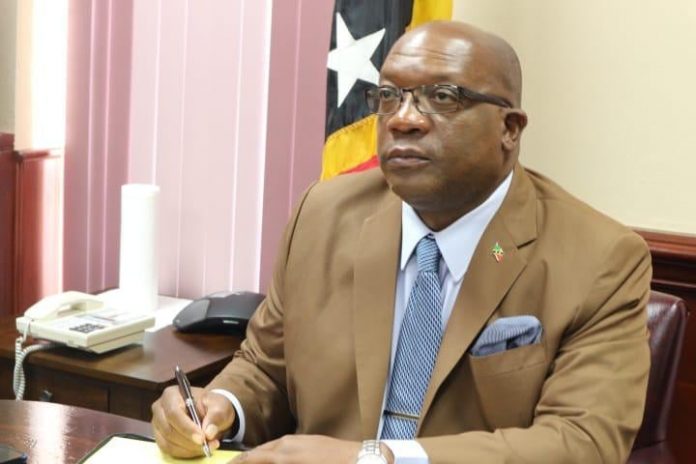 St. Kitts and Nevis (WINN) – Prime Minister Dr the Hon. Timothy Harris provided some insight into the hot button topics on the agenda as the Team Unity administration tries to iron out some core issues affecting the country’s leadership, policies, and decision-making.

In a televised address to the nation, Dr Harris unveiled some of the agenda items and provided insight into probable solutions.

Issues related to governance and transparency, a reassignment of ministerial duties, the external involvement of global financial institutions, and an increase in the operating budget of Nevis were all touched on in the five-minute address.

On the issue of Improved internal reporting and transparency of government offices, the Prime Minister said he agreed with an increased oversight approach.

“All ministries should be subject to greater accountability to the cabinet through regular reporting so that members may be better apprised of the workings of the entire government,” Harris said.

Another hot topic he addressed briefly was talk of a cabinet reshuffle and issues related to the powers wielded by the Prime Minister’s office within the Team Unity framework.

“I committed to undertake a review of the makeup of the cabinet in due course, with a view to improving the efficiency and effectiveness of the government as a whole. I made it clear that I could not allow the constitutional prerogative of the office of the Prime Minister to be diminished,” Prime Minister Harris said.

Two major new developments were mentioned for the first time publicly during the Prime Minister’s address.

The Prime Minister announced that the government has sought external input from the World Bank on the topic of equitable distribution of the Citizenship By Investment (CBI) Revenue.

Harris said, “progress has been made with the World Bank giving its consent to undertake a study to advise equitable revenue-sharing arrangements between the federal government and the Nevis Island Administration.”

The disbursement of CBI revenues has been a national discussion topic in the past few months, with commentators and political pundits engaging in discourse about how the funds are shared.

In a related item, the Prime Minister also announced The Federation’s approval of a national operating budget increase for Nevis.

Dr Harris said, “the budgetary support to our Sister Island of Nevis has been increased as per the request of the Honorable Premier.”

The Prime Minister ended the address by saying he remains steadfast in representing the people and bringing closure to the ongoing uncertainty.

“I remain fully committed to the process that would bring this unfortunate situation to an end. I believe at this time; our country must have a cabinet that is fully committed to addressing the pressing issues that confront our people, such as job creation, the cost of living, caring for our elderly and the poor, providing housing, maintaining the peace and security within our nation and ensuring our socio-economic recovery from the Pandemic,” Dr Harris said.

WhatsApp
Facebook
Twitter
Linkedin
Email
Print
Previous articlePolice searching for Jesus Valdez, an escaped prisoner from Her Majesty’s Prison
Next articleHon. Shawn Richards: “We still could not see eye to eye on the decisive steps that are needed”