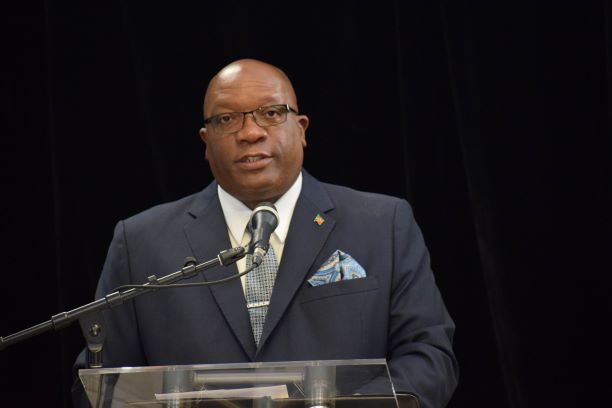 St. Kitts and Nevis (WINN): Prime Minister and Minister of Finance Hon. Dr. Timothy Harris has once again addressed the matter of an equitable share of federal resources to the island of Nevis.

On Saturday, March 26, while speaking at his People’s Labour Party (PLP) Convention, Prime Minister Harris spoke about the financial assistance provided to Nevis which includes the payment of wages and salaries to employees of the Nevis Island Administration (NIA), and statutory bodies and corporations.

“Under the Harris-led Team Unity Administration, the NIA has received financial support of one form or another totaling approximately $400 million. I am trying my very best to be fair to the people of my father’s land [Nevis].

Apart from the direct contributions like the $45 million [a year] that we have been giving, we pay for a number of programs in Nevis such as the Poverty Alleviation Programme, and the people on that program are recommended by the NIA, as well as the Peace Programme and the STEP. When we do the Income Support Programme, it is not just for federal workers, it is for people everywhere in the Federation. We also pay for overseas education [for students], as well as health care [in Nevis]. It is therefore not true to pursue the view that Dr. Harris is not treating Nevis nice. It is far from the truth.”

Prime Minister Harris revealed that the Nevis Island Administration through its Premier Hon. Mark Brantley made a request for the support to be increased from $45 million to $66 million.

“When the Premier came and said move it from $45 million to $66 million, even after the budget had been passed, I said to him that we can move that way but to be fair and reasonable, some of these expenditures that we have to undertake, they will now have to be by the NIA because they are managed by the NIA. And we are saying, yes we are prepared, but let us be reasonable. We give you more, you help carry some of those expenses,” Prime Minister Harris said.

Premier Brantley and Deputy Prime Minister Richards in the past agreed that Nevis had gotten better financial support under a Team Unity Administration but argues that the island deserves more financial support, and other promises made in the Charlestown Accord should be fulfilled.