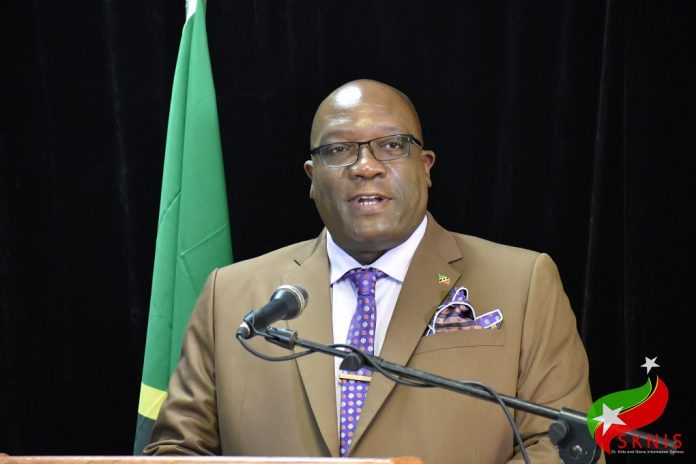 The Prime Minister was one of the high-level speakers invited to address the first session of the GSL – co-launched by St. Kitts and Nevis and the Solomon Islands diplomatic envoys to UNESCO – dedicated to the implications of the critically important COTONOU Agreement for the multitude of small island developing states across the globe.

The Prime Minister was joined on the virtual podium by other distinguished leaders, notably, Mr. Louis Sylvestre Radegonde, Minister of Foreign Affairs and Tourism of The SEYCHELLES, Baroness Patricia Scotland, Secretary-General of the COMMONWEALTH OF NATIONS, and Mr. Georges Rebelo Pinto Chikoti, Secretary-General of the AFRICAN, CARIBBEAN AND PACIFIC GROUP OF STATES.

In a pre-recorded speech, Prime Minister Harris stated that the vulnerability of small islands had accentuated as they struggled to deal with the economic, social and sanitary fallouts of COVID-19. “The pandemic has raised the level of urgency for a more focused and targeted level of economic, technical assistance associated with multilateral cooperation agreements, notably within the Cotonou framework”. He went on to say that “It calls for a different relationship with important regional partners like the European Union, one that recognises the specificities and unique challenges SIDS face”.

There was much by way of support from the OACP and the Commonwealth heads for the Prime Minister’s assertion that SIDS, like St. Kitts and Nevis, remain middle-income countries, but with economies that are “small and gross national income that varies widely”. “Ultimately”, he said, “SIDS share a number of key challenges in financing their development strategies including high levels of public debt, especially in the Caribbean”,

Central to the Prime Minister’s argument at the GSL event, attended by over 200 diplomatic missions, the EC, and multiple UN agencies, was a call on behalf of the SIDS for “a reversal of SIDS being poorly funded, with current levels of approved finance fulfilling only a small part of actual needs. The Cotonou deal should focus on strengthening development aid and concomitant financing. Data shows that SIDS receives very little Official Development Assistance (ODA) as a share of total ODA, at just 5.7%.”

In welcoming the emphasis in the COTONOU framework to the Sustainable Development Goals, the Prime Minister stressed that for small islands “priorities have to be set that are vigorously focused and relevant to SIDS’ needs: climate action, quality education, water security”.

Mr. Sylvestre Radegonde, Minister of Foreign Affairs and Tourism of Seychelles stated that “The Global SIDS Leaders Initiative takes SIDS agenda-setting to new heights and in the process contributes to transforming SIDS into a credible stakeholder in the emerging of the new world order. The choice of the theme of this maiden event of GSL bears the stamp of SIDS’ unique brand of diplomacy. One that departs from sterile and antagonistic categories like geopolitics and searches for hegemony to one based on issues, like economic diplomacy and the fight against climate change, that are geared at delivering positive impacts on the quality of lives of peoples”.

The Secretary-General of the Commonwealth, the Rt Hon Patricia Scotland QC, welcomed the revised Cotonou Agreement as an opportunity to integrate women into the policy development and delivery of a re-energised social, economic, and inclusive SIDS development strategy. Unlocking the green investment initiatives inscribed in the Cotonou deal was also a priority, as well as supporting sustainable energy.

Baroness Scotland, who was born in Dominica, highlighted the need to support the Commonwealth Universal Vulnerability Index which is designed to quantify vulnerability, allowing development agencies to identify vulnerable states in need of immediate assistance. She said: “This multidimensional, inclusive index seeks to take into account the structural and non-structural aspects of vulnerability, better responding to the needs of SIDS. The index is used as an operational tool in determining whether small states should be accorded differential treatment by the international community. It is intended as an additional criterion to augment other factors, such as per capita GDP, which makes many SIDS ineligible for ODA funding”. The Prime Minister of St. Kitts and Nevis endorsed this view in his speech, adding that the per capita GDP also renders SIDS a low priority for bilateral donors”.

St. Kitts and Nevis’ Ambassador to UNESCO based in Paris, Dr. David P. Doyle, who collaborated with Ambassador Jean-Paul Carteron of the Solomon Islands in instigating the GSL, stated that “whilst representing one-fifth of the UN membership, SIDS remoteness, size, limited institutional capacity on the ground, sometimes results in these islands facing particular challenges in getting their collective voice heard at bilateral and multilateral level discussions. Ultimately, the GSL Initiative seeks to inscribe the SIDS concerns, risks, opportunities and strengths on the global development agenda”.

A communiqué from the Global SIDS Leaders group noted;

The genesis of the GSL debates is driven by the need – in an increasingly multipolar world – to raise the profile and voice of small islands on the international agenda. The objective is to secure a better understanding of small islands’ specific challenges, build mutual support at key transnational and regional negotiations and ensure that SIDS are an integral part of the solutions to the big issues the world is tackling, whether it be climate change of combating the spread of Covid-19.

The 4th May GSL event, featuring hostess, Juliette Foster, a renowned UK TV presenter, will be followed in the coming months by debates covering access to finance, environment and oceans, food and agriculture security.