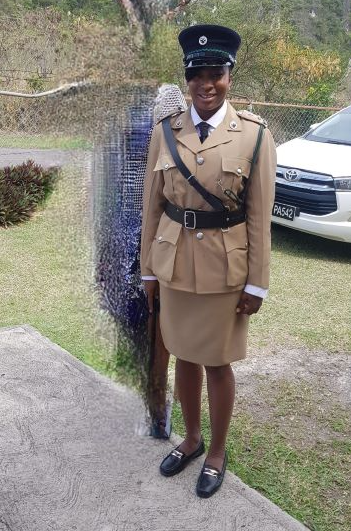 Basseterre, St. Kitts, December 16, 2022 (SKNIS): Businesses, agencies, groups and individuals across St. Kitts and Nevis are strongly encouraged to support the prisoner Rehabilitation Programme at His Majesty’s Prison (HMP) in light of several successes within the life-changing programme.

Vincent Fahie and Antwan Thompson were singled out as examples of inmates who entered the programme and have turned their lives around. Both men became positive role models during their time in HMP, teaching academic subjects to other inmates and also to civilians who attended classes for free. The duo excelled in HMP and became the first inmates to pursue a Bachelor’s Degree with the University of the West Indies (UWI) while incarcerated. In 2021, the government provided financial support for their continuing online university studies.

The pair have since been released. Fahie was pardoned in 2020, while Thompson completed his sentence and exited HMP in 2021. Both men are now productive citizens, are employed and have successfully reintegrated into society.

HMP’s Rehabilitation Officer, Virgil Hodge, said that there are many other successes in educational programmes, as well as in music, art, agriculture, construction, baking, mentorship, and training, among others. This has helped to significantly reduce cases of recidivism.

“We have not had any individual who would have taken part in the rehabilitation programme who really would have come back into the prison. There’s none that I can think of,” she stated.

“I would put him number one. From the moment the prison opened after the coronavirus and I said to him we are able to have visitors back in, he made sure he called me and said Ms. Hodge we are coming back in, the church is going to come back and we are going to do some programmes in there on Sundays with the prisoners and he makes sure he does not come empty-handed,” she said, noting that the support extends to males and females.

Appreciation was also extended to Michael Morton, who makes financial contributions and donates books to the programme, as well as TDC, which has donated several appliances and supplies.

Officer Hodge noted that the Department of Culture is also introducing a new programme that will see inmates learning to play steel pan and African drums.