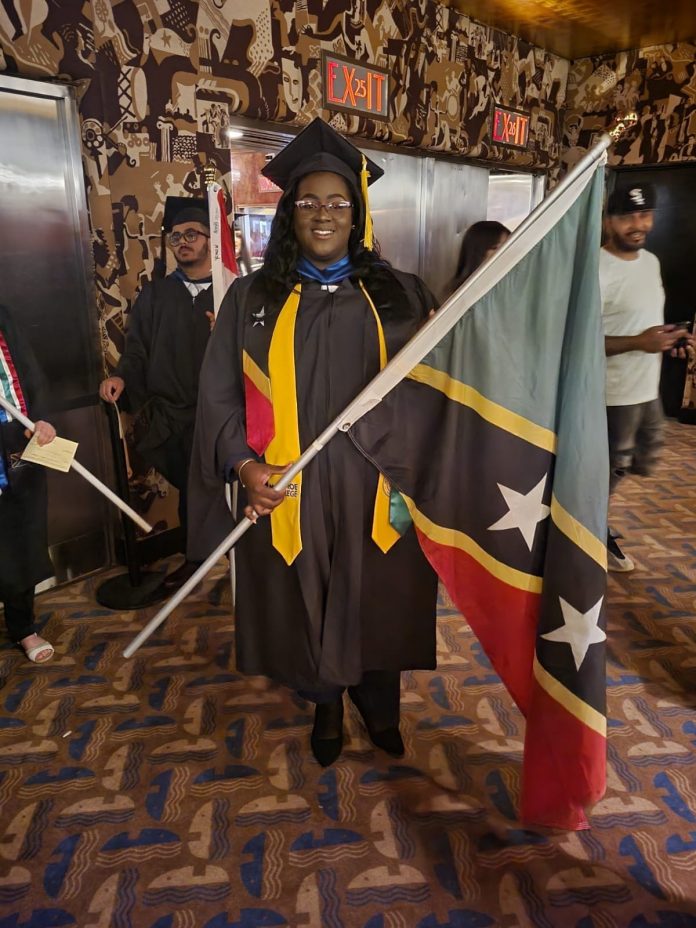 On Wednesday, June 15, 2022, Belle-James graduated from Monroe College with a Masters Degree in Criminal Justice with a concentration in Human Services. Belle-James noted that she chose those areas of study so that she could better equip herself for the career that she wanted in Rehabilitation.

Belle James said, “I am a proud Prison Officer and I’m blazing trails for others to follow within my institution. Too long has society seen the job of a prison officer as just a turn of a key. It is time we demand the respect that is deserved.”

The recent graduate was also the flag bearer for St Kitts and Nevis during the commencement ceremony, describing it as an honour. She explained that she was written off many times and was told that she would be thrown out of school but, with determination and help of God, was able to complete high school, followed by a Baccalaureate Degree and now a Master’s Degree.

Belle-James, an employee of Her Majesty’s Prison for the past 8 years shares an inspirational note of encouragement to young men and women. “To the young ladies and young men out there that may have had a rough start academically, come from a poor household and even those who have been written off by society. Know that you can do anything you put your mind to, the right circle can make a huge difference.”