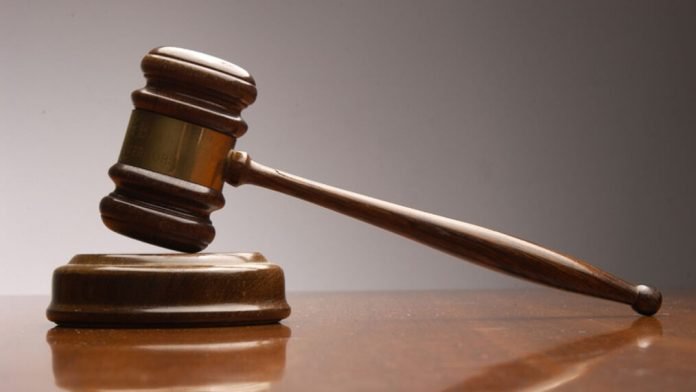 LONDON, CMC – The London-based Privy Council Monday ruled that the mandatory sentence of death for murder in Trinidad and Tobago is constitutional, and only Parliament can rewrite the law.

“The 1976 Constitution has allocated to the Parliament of Trinidad and Tobago, as the democratic organ of government, the task of reforming and updating the law, including such laws. Those laws will continue to exist only so long as Parliament chooses to retain them,” it said.

The Privy Council, the country’s highest court, “unanimously dismisses the appeal” that had been filed by Jay Chandler, who was convicted in 2011 of the murder of Kirn Phillip in 2004 and was sentenced to death by hanging, which is the mandatory sentence for murder in Trinidad and Tobago as laid down in Section 4 of the Offences Against the Person Act 1925.

His conviction and sentence were upheld on appeal by the Court of Appeal of Trinidad and Tobago and by the Privy Council in 2018.

The appellant’s sentence has since been commuted to life imprisonment.

In his appeal, Chandler mounted a constitutional challenge to the mandatory death penalty and the principal issue that was raised was the relationship between Sections 4, 5 and 6 of the 1976 Constitution.

Section 4 of the 1976 Constitution recognises and declares fundamental rights, including the right of the individual not to be deprived of life, liberty and security except by due process of law.

Section 5 prohibits the imposition of cruel and unusual punishment which, it is not disputed, includes the mandatory death penalty.

Section 6, the “savings clause”, provides that nothing in sections 4 or 5 shall invalidate an existing law, meaning a law that had effect as part of the law of Trinidad and Tobago immediately before the commencement of the Constitution.

The mandatory death penalty is one such existing law.

In its ruling, the nine-member Privy Council ruled that it is not persuaded that it should depart from its earlier decision and that the principle of legal certainty dictates that there must be very strong reasons before it will depart from such a ruling.

“The principle of stare decisis, or standing by what has been decided, requires that the Board be satisfied that the decision was wrong and that it lacked a satisfactory foundation. It is not enough that the Board as presently constituted might take a different view if considering the matter for the first time”.

In its ruling, the Privy Council said that there are several reasons why that decision should not be overruled.

“First, the interpretation of the savings clause affects all existing laws, not just the mandatory death penalty. To accept the appellant’s interpretation would be to alter the basis upon which the government and people of Trinidad and Tobago have conducted their affairs since 1962 and to introduce considerable uncertainty into the law”

The Privy Council said it has “consistently adopted the approach to the Caribbean Court of Justice (CCJ), the highest court for several Caribbean countries, to develop its own jurisprudence, and does not question the outcome of their decisions in two similar cases.

It said in Trinidad and Tobago the separation of judicial power from legislative or executive power is found in the 1976 Constitution.

The Privy Council said that the appellant also argued that Section 1 of the 1976 Constitution, declaring Trinidad and Tobago to be a “sovereign democratic State”, contains by implication a specific legal requirement that punishment should not be arbitrary and must fit the crime.

“The Board notes that this argument has not been considered by the courts of Trinidad and Tobago, and that it would be concerned to adopt what would be a radical development of the interpretation of the 1976 Constitution without the assistance of the views of those courts.

“In any event, the Board does not consider that the argument based on Section 1 of the 1976 Constitution can add anything to the separation of powers argument which the appellant has advanced and which the Board has rejected.

“The Board concludes by noting that the policy questions posed by the savings clause are not limited to the mandatory death penalty but apply also to other preserved laws which are inconsistent with the fundamental rights enshrined in the 1976 Constitution.”