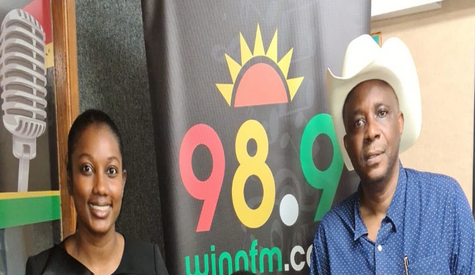 St. Kitts and Nevis (WINN) — The Abolition of the Death Penalty in St. Kitts and Nevis, and the wider Caribbean region, was the topic on WINN FM’s radio program “Voices” on Thursday, October 22, 2020, where Mrs. Angelina Gracy Sookoo-Bobb and Mr. Chesley Hamilton, Attorneys at Law, weighed in on the very sensitive topic.

Sookoo-Bobb is Saint Kitts and Nevis’ Country Representative, in a pro bono capacity, for the three-year (2018 to 2021) ‘Building a platform for abolition: Strengthening the Anti-Death Penalty Movement in Barbados and the Eastern Caribbean” project funded by the European Union.

She told WINN, ” the courts have found ways, through the advocacy of attorneys like Mr. [Chesley] Hamilton, to not implement it automatically but it is still what the constitution requires”.

Prominent Defense Attorney Chesley Hamilton, in his presentation, made reference to murder cases. Hamilton said “what I could tell you about a murder case or these cases, capital matters, there is no matter before the court that is more serious because a citizen or citizens have lost their lives and a citizen or citizen’s life hangs in the balance in terms of jeopardy.

The attorney who is in agreement with abolishing the death penalty added “just look at the sentence, its life or death, and therefore there is nothing as serious as that before the court no matter how much money is at stake, no matter how many lawyers you see, big or small letters they have in front or behind their names, there is nothing more serious before our courts and in our justice system, and within the democracy, that comes before the court, than a capital matter”.

Each year on October 10, ‘World Day Against the Death Penalty” is commemorated.

It is a day to advocate for the abolition of the death penalty and to raise awareness of the conditions and the circumstances which affect prisoners with death sentences.

The day was first organized by the “World Coalition Against the Death Penalty” in 2003.