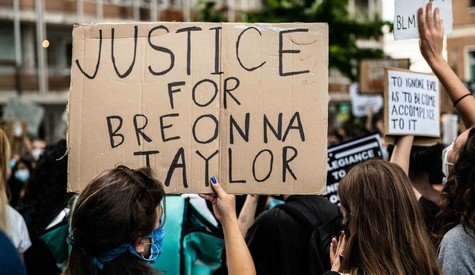 LOUISVILLE, Ky. (AP) — A Kentucky judge delayed until Friday the release of secret grand jury proceedings in Breonna Taylor’s killing by police, according to the state attorney general’s office.

Audio recordings of the proceedings were originally supposed to be released Wednesday. Attorney General Daniel Cameron’s office asked a Louisville court for a week’s delay, so it could redact the names of witnesses and personal information such as addresses and phone numbers.

Cameron’s office sought the delay “in the interest of protection of witnesses, and in particular private citizens named in the recordings,” according to its legal motion Wednesday. The recordings are 20 hours long.

Taylor was shot and killed in her Louisville home by police who were executing a narcotics warrant in March. The grand jury decided this month not to charge any of the police officers involved with her death; instead, one officer was charged with shooting into a neighboring home.

That decision angered many, and protesters took to the streets in Louisville and around the country to demand accountability for her killing, as frustrations spilled over after months of waiting for Cameron’s announcement. Activists and Taylor’s family called for the grand jury file to be released.