Protestors Arrested, Large Gathering Broken up in Basseterre on Friday 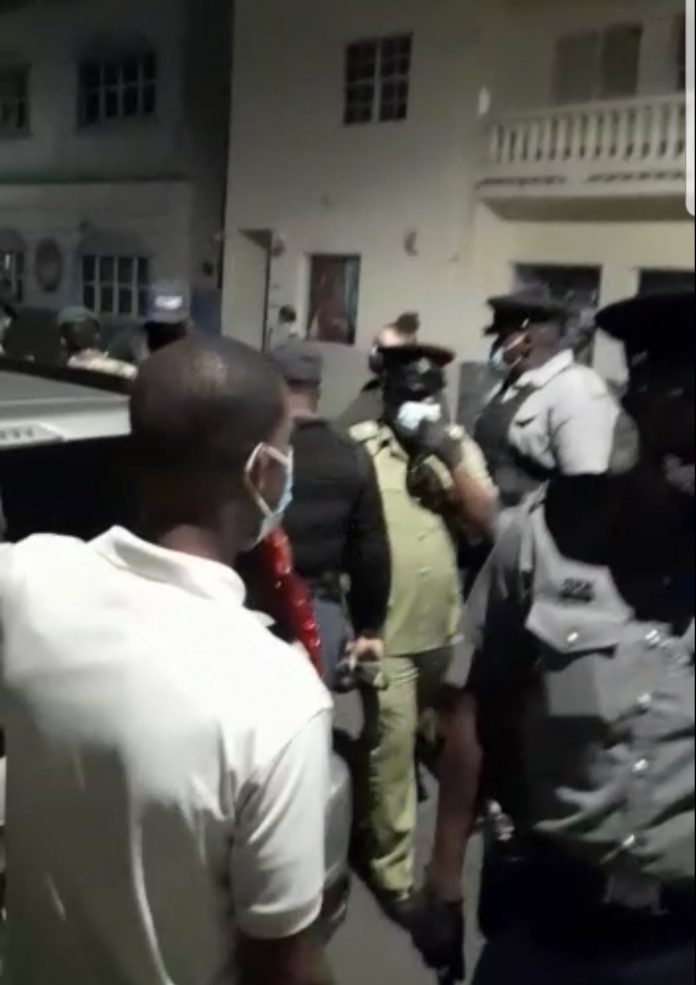 St. Kitts and Nevis (WINN): Some protestors were arrested and a large gathering disbanded when met with heavy police and armed security presence in Basseterre on Friday (Aug.20).

Superintendent of Police Cromwell Henry told WINN that no permission was applied for or granted for a protest or march to take place and stated that he is unaware of who the organizers were. He said “at least four persons were arrested for obstruction.”. When asked about criminal charges, Henry said “it is too early to speak to charges and I am unaware if they were charged but it is likely.”. 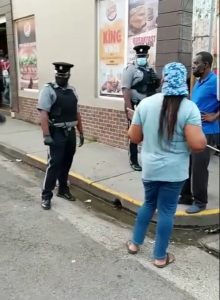 Police officers and protestors in Basseterre on Friday (August 20).

Viral videos show smoke plumes coming from the grounds of the St. George’s Anglican Church in Basseterre. Protestors claim police used tear gas to push them back but police deny that claim.

“I saw a video with tear gas and there was no police presence. The police did not use any tear gas so at this point the source of that tear gas is being investigated”

A source who preferred to remain anonymous told WINN that the protest was organized to stand with people terminated for not taking the COVID-19 vaccine.

“I saw two police officers arrest a young girl from St. Paul and she didn’t have any placard. She had already put down her placard at about 6:20p.m.,” the anonymous source said, adding that “they were pushing her and then told us to move and go home before they lock us up and that is when they started with the tear gas.”

The anonymous source purported that “four ladies were taken to the hospital and one of them is pregnant and another asthmatic.”

Opposition Leader Dr. Denzil Douglas took to his Facebook page calling for the release of some of the protestors claiming that they were “peaceful and simply expressing amongst themselves the difficulties they are experiencing.”

“People have a right to express how they feel even though we are in a State of Emergency and they should not be treated like this,” the former prime minister said.

Similar protests have taken place across the Caribbean in countries like Antigua and Barbuda, Barbados, the USVI, and St. Vincent and the Grenadines.