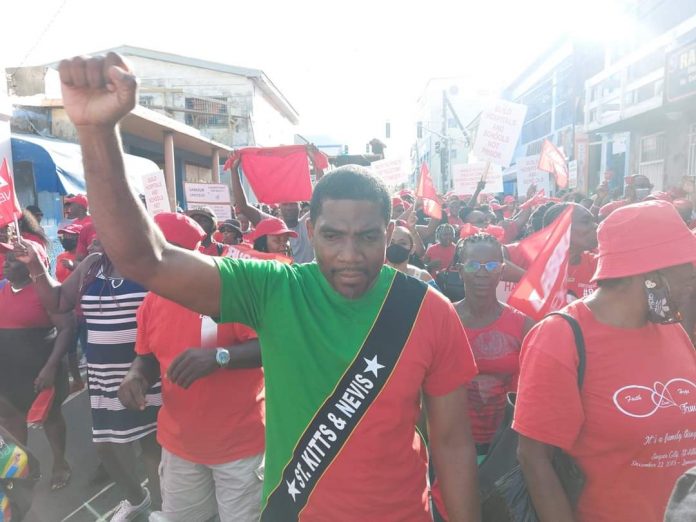 St. Kitts and Nevis (WINN): While Prime Minister Dr. Timothy Harris maintains that the election will be held “at the right time”, thousands took to the streets of Basseterre on Friday to demand that elections be held now. 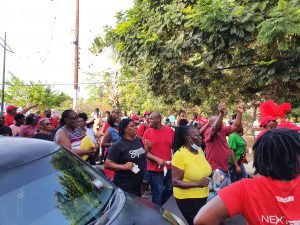 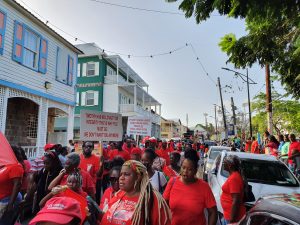 Some of the demonstrators spoke to WINN on Friday explaining their reasons for participating in the march.

“Timothy must go. This is a Freedom March. No gimmicks, no tricks. 90 days is 90 days and Timo must go. It’s time for a change in this country and it’s time for better leadership. I am marching against corruption, and nepotism, and I am marching for the fairness of everyone here in this Federation,” one demonstrator said.

Another demonstrator said, “We need people who have understanding and who want to run the country decently and honestly. That is the key right now. We are protesting and we are standing up for democracy, transparency, and accountability. During the COVID Pandemic, Timothy told us to follow the rules and the science, and follow the constitution, so why is Timothy not following the constitution?”

WINN spoke to another person who was at the scene of the Freedom March who had different views on the march.

The individual said: “We are watching a march that is led by the Labour Party and when we look at how the march is proceeding, the Labour party is not pinning the full emphasis to guide the people properly. All they want is power…and we have to be real in this era. What are we really doing to deliver people out of this crazy mess that we see our Prime Minister had led us into.” 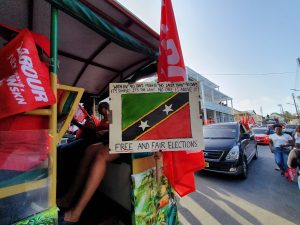 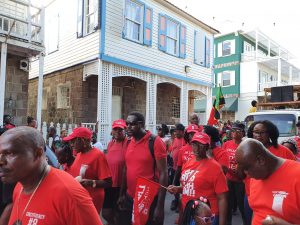 Section 48 of the Constitution of St. Kitts and Nevis states that elections must be held within a 90-day period following the dissolution of Parliament.

The election is highly anticipated on many levels. More than 30 candidates, including seven women, are vying for office, three candidates per constituency with the exception of Nevis 10.