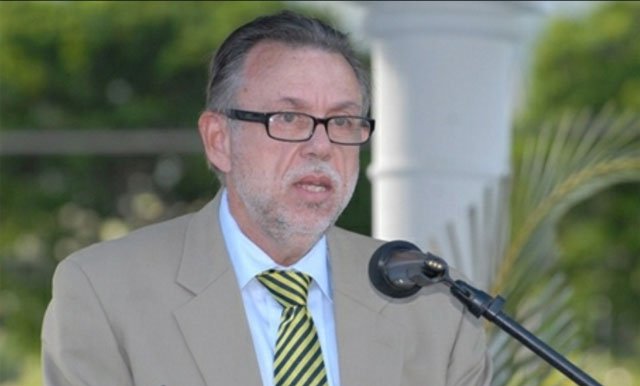 St Kitts and Nevis (WINN): In his address at the Opening of the New Law Year, on behalf of St. Kitts and Nevis and a representative of the Inner Bar, Mr. Charles Wilkin QC compliments the Eastern Caribbean Supreme Court for its response to the challenges posed by COVID-19.

He recommends one of the adjustments made to facilitate the functioning of the court during the pandemic, be made a permanent feature.

“The Eastern Caribbean Supreme Court has been proactive in managing its system during the pandemic and has been able through effective organization and technology to provide continued access to justice. No doubt the court will look at the legal and other ramifications of making permanent the conduct of virtual hearings and trials. That process has been very effective during the pandemic and saved enormously in expenses. Once the correct balance can be struck and the access by litigants and witnesses to technology can be ensured in each case there is every reason why this should become part of the new norm for civil cases and where appropriate criminal trials as well.”

Mr. Wilkin said technology is a double-edged sword as demonstrated during the lockdowns.

“As the downtime has allowed idle and devious minds to expand its use for disinformation, intolerance, racism, bigotry, abuse, and threats, we have with great dismay watched these growing practices infiltrate public discourse and political debate and sabotaged national efforts to address the pandemic in our biggest neighbours to the north and south. We have seen the resulting threats posed to the rule of law and democracy there. We should not assume that the abuses of technology with the results seen in our big neighbours cannot have the same effect here. Negative attitudes and behaviour can be extremely contagious especially when so easily promulgated.”

He recalled instances of abuse directed at judicial officers.

“We have in recent times, seen instances of the abuse of social media under the anonymity allowed by the technology to insult, threaten, and attack judges. There have been attacks and threats on social media against a judge in St Kitts and Nevis to which our Bar Association reacted promptly and strongly. We are aware of the recent verbal attack by a political leader in Dominica on the resident judge, which was an outrageous disgrace. And we have read of more than 800 former judges and senior legal figures in the UK writing to the Prime Minister and the Home Secretary there accusing them of endangering the personal safety of lawyers through their abusive attacks on the profession.”

The Queen’s Counsel who is in his fiftieth year of practice is also a former president of the local bar association.