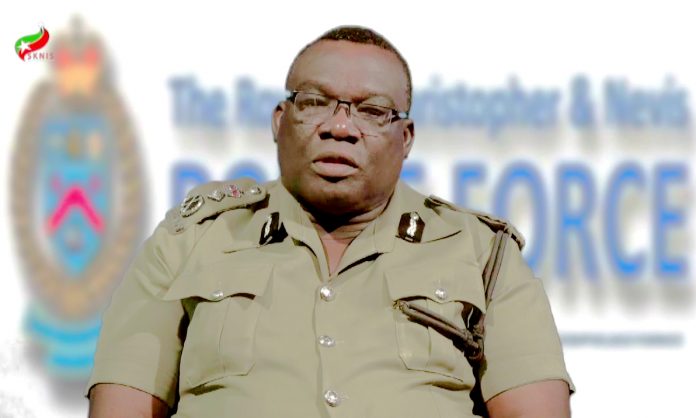 Basseterre, St. Kitts (WINN)- The Commissioner of Police Mr. Hilroy Brandy is to receive the Queens Police Medal for distinguished service to policing.

Mr. Brandy is among four nationals on the Queen’s New Year Honours List 2021.

A press release from Government House said the Federation’s Head of State has approved the awards for the Order of the British Empire.

Mr. Athill Rawlins has been awarded Officer of the Most Excellent Order of the British Empire (OBE) for his contribution to Public Service and Land Surveying.

Mrs. Venetta Laws was granted Member of the Most Excellent Order of the British Empire (MBE) for her contribution to Community Service and Business Entrepreneurship.

For his contribution to Community Service, Mr. Collin Tyrell was bestowed with Member of the Most Excellent Order of the British Empire (MBE).

The press release added: ” “Throughout history, monarchs have rewarded those who have shown service, loyalty, or gallantry with gifts or titles.

Most honours are awarded on the advice of the Cabinet. However, anybody can make a recommendation if they know someone, they believe to be worthy.

It is a tradition that recipients collect their awards from The Queen or another Member of the Royal Family at an Investiture ceremony.”