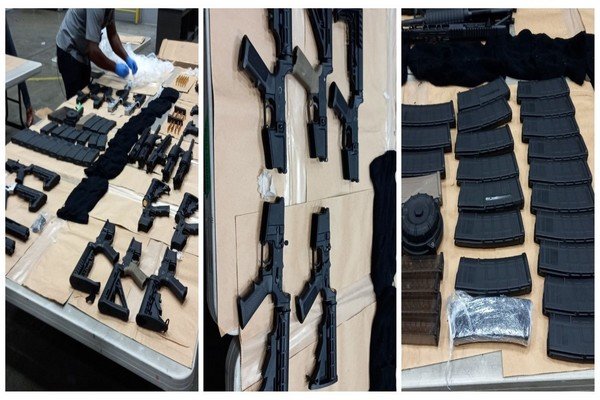 (Trinidad Guardian) A contingent of law enforcement officers from the Police Service and Customs and Excise Division made a major bust of high-powered guns, ammunition and equipment during a raid at a bond located at the Piarco International Airport Thursday night.

A package, which included 30 firearms and 762 rounds of assorted ammunition, came from the United States and was found at the Laparkan Bond in Piarco.

Police say that sometime around March 15, they had received information from their international partners to be on the lookout for the importation of arms and ammunition entering T&T.