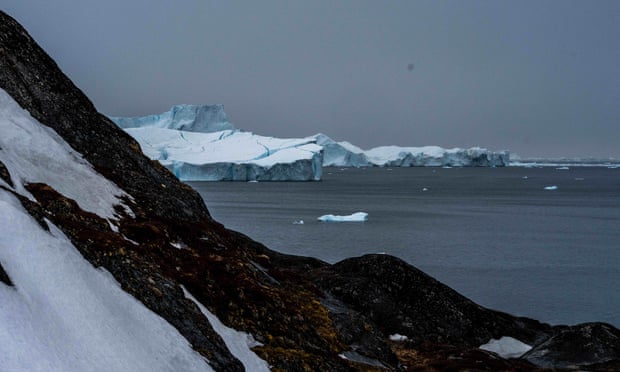 (The Guardian) Rain has fallen on the summit of Greenland’s huge ice cap for the first time on record. Temperatures are normally well below freezing on the 3,216-metre (10,551ft) peak, and the precipitation is a stark sign of the climate crisis.

Scientists at the US National Science Foundation’s summit station saw rain falling throughout 14 August but had no gauges to measure the fall because the precipitation was so unexpected. Across Greenland, an estimated 7bn tonnes of water was released from the clouds.

The rain fell during an exceptionally hot three days in Greenland when temperatures were 18C higher than average in places. As a result, melting was seen in most of Greenland, across an area about four times the size of the UK.

The recent report from the Intergovernmental Panel on Climate Change concluded it was “unequivocal” that carbon emissions from human activities were heating the planet and causing impacts such as melting ice and rising sea level.