Rastafarian Community welcomes possibility of new temple; calls for manifestation of promises made to them 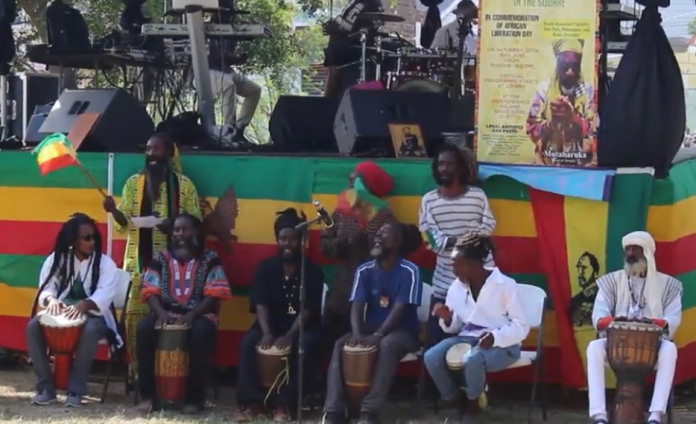 St Kitts and Nevis (WINN): Ras Iran, a member of The Rastafari Nyabinghi Theocracy Order Church of His and Her Imperial Majesty is sceptical that a new St Kitts-Nevis Government will build a temple for Rastafarians.

“Our new agenda will also include a partnership with the Rastafarian community to offer land and assistance to build a temple for their worship and practice of their faith.”

In an exclusive interview with WINN FM on Tuesday (May 3) Ras Iran said seeing is believing.

“Hearing the Honourable Minister speak about erecting a temple, that is him as an individual speaking; and I can’t say he means what he says until we see it happen. After we see it happen, then we can say, “yeah, he is one person who at least keeps a promise.”

Ras Iran expressed scepticism that the temple would actually be erected; recalling the legalisation of Marijuana and the Buckley’s Uprising Monument as two very important matters that are yet to come to fruition. In addition, Ras Iran expressed that the religious group would love to have that new tabernacle erected; noting that they no longer want promises; but instead, need to see the manifestation of the promises made.

However, he stated that the Nyabinghi Theocracy Order will welcome a meeting from the Hon Shawn K Richards to discuss the way forward for the erection of the temple, once it excludes politics. He declared that if Minister Richards ensures that the temple is built, he will definitely receive accolades.

“It must be erected in the way the ancestors set it out to be, with 12 poles. Each pole has a meaning. There are 12 poles plus a centre pole. How our tabernacle is erected is more like an umbrella. The centre pole represents His Imperial Majesty, which is our saviour, our god and king.”

According to Ras Iran, the Rastafarian group has about 20 members that meet for worship. They previously worshipped at a temple that they erected at Mattingley Heights but has since moved to the Irie Life Farm in Sandy Point. He mentioned that the group has faced challenges at Mattingley Heights which include road blockages from soil erosion and overgrown trees which have prevented access to the temple. Ras Iran also noted that the Rastafarian group has sought assistance from the Government in that regard, which they have not received.

Ras Iran also mentioned that the Nyabinghi Theocracy Order have had dialogue with the Ministry of Ecclesiastical Affairs in the past to provide opportunities for Rastafarians to have a church, just as other religious groups.