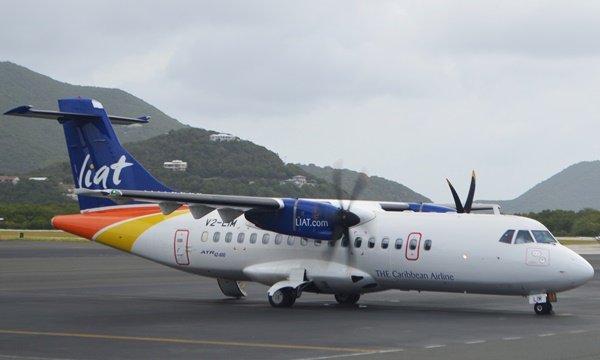 St John’s, Antigua (CMC)– The Antigua-based regional airline, LIAT, has announced the suspension of all flights in the southern part of its network due to the volcanic activity in St Vincent, where an erupting La Soufriere volcano has sent ash plumes blanketing parts of the eastern Caribbean.

The Trinidad-based Caribbean Airlines (CAL) had also announced cancellations of several flights to Barbados, St Vincent, Dominica, Grenada and Guyana over the last weekend and is expected to discontinue the service on Monday.

Barbados authorities have since announced that the Grantley Adams International Airport, which had been closed over the weekend as a result of ash falling across the island, would remain closed until midday (local time).

“During this period of airport closure, access to the airport will be limited to authorised essential personnel,” said Terry Layne, the airport’s deputy chief executive officer.

He said passengers who have been affected as a result of the closure should contact their respective airline for alternative flight arrangements.

LIAT said that the suspension will affect all flights south of Dominica and that it has also cancelled flights to Barbados, St Lucia, St Vincent and Grenada.

“The airline will be working with authorities to assist in relief and evacuation efforts into St Vincent as soon as possible. LIAT will issue further updates and advisories via its website (www.liat.com) and social media platforms,” it added.