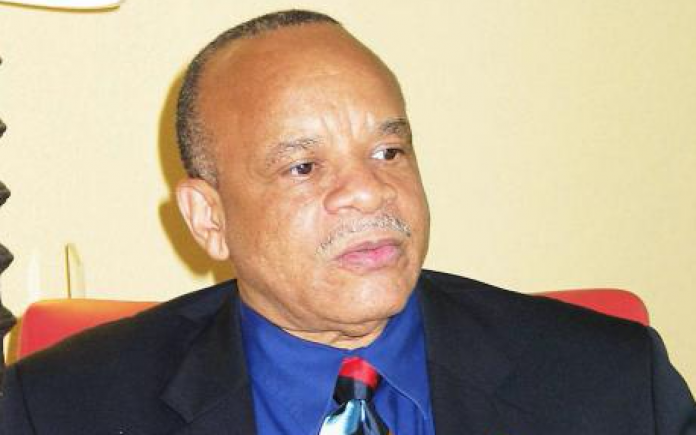 St.Kitts and Nevis (WINN) – Barbados and Caribbean tourism giant Dr Jean Holder died on Tuesday, January 25 at the age of 85.

Holder, a Barbadian scholar who studied at Oxford University in London and the University of Toronto in Canada, served as First Secretary in the Barbados High Commission, which was established post-Independence, before returning to Barbados in 1968 to head the Economic and Policy Division of the Ministry of Foreign Affairs.

In addition to working in tourism and the Foreign Service, he contributed significantly to the development of Barbados’ cultural landscape. Holder along with a number of prominent Barbadian artists in 1973 formed the first National Independence Festival of Creative Arts (NIFCA) committee, of which he was chairman

In paying tribute to Holder, Prime Minister Mia Mottley said Barbados and the region “will continue to owe this soft-spoken, always confident, forever reassuring son of the Caribbean Sea a debt of gratitude”.

Holder, who served his homeland for 14 years, was the face of the Caribbean Tourism Organisation for three decades and later the Chairman of regional carrier LIAT.

Mottley praised his contribution to regional development by saying, “when the promotion and facilitation of strong regional ties were most needed, he took on the leadership of LIAT and kept it alive, against formidable odds. Long before that though, for three decades, to be more precise, he led the CTO, “a most important institution that breathed life into the Caribbean tourism product that today makes the region the world’s most recognised tourism destination”.

Other Caribbean tourism dignitaries have also paid tribute to the fallen giant, whom they loved and respected.

In a post on his official Facebook page, former Prime Minister Allen Chastanet declared that Holder made an immeasurable contribution to tourism and diplomacy in the region.

“Jean and I sometimes had opposing views, but no one can question his passion and dedication to the Caribbean and his belief that Tourism can be a significant contributor to the economies of our region,” Chastanet stated.

The former Saint Lucia Tourism Minister declared that Holder would forever be part of the Caribbean’s story of tourism development and the move to sustainable tourism.

The Jamaica Minister of Tourism, Hon. Edmund Bartlett was one of the first  Caribbean Tourism leaders to pay tribute to Dr Holder.

“Dr Jean Holder is indeed an iconic Caribbean man who has transcended the region into a global space. He has served tourism as a real giant, and we are all the better for it. Indeed, on his shoulders so many of the leading Caribbean tourism entrepreneurs, administrators, planners, thinkers, and even ministers have stood as we chart a path to make the Caribbean one of the leading destinations in the world.

“We mourn his passing, but we glory in his legacy.

“Jamaica is proud to have had this association with this great Caribbean man from Barbados.

WINN Media SKN reached out to Minister of Tourism- The Honourable Lindsay Grant and the St.Kitts and Nevis Hotel and Tourism Association for comment but was unsuccessful as at news time.