Relaxed Holder ‘in a Good Place’ for Proteas Test Series 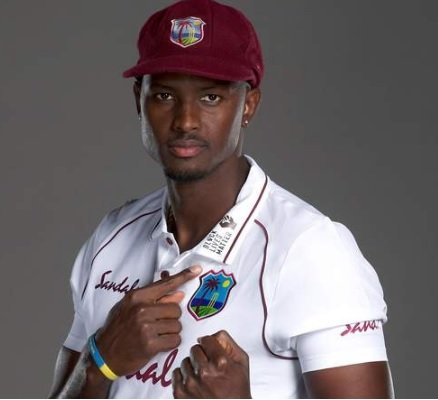 The 29-year-old is the only West Indies player who currently features in all three formats and is therefore expected to face the Proteas in both the longest format and the five-match Twenty20 International (T20I) series which follows in Grenada.

Holder was rested for the high-performance camp staged here in recent weeks and also missed the inter-squad four-day match last weekend, after only arriving in the island late last month and having to undergo mandatory COVID-19 quarantine.

“It’s good to have a couple weeks off after a long intense year of international cricket and obviously if you look down the calendar this year, it’s pretty intense as well.

“I’m feeling good, I’m still very, very positive and optimistic about my future in West Indies cricket and, hopefully, I can contribute positively and help us win a few more trophies.”

Holder has shouldered a heavy schedule ever since the resumption of international cricket last July following the lockdown due to the novel coronavirus pandemic.

He led West Indies on the historic three-Test tour of England in the summer, captained Barbados Tridents in the Caribbean Premier League immediately afterwards before jetting off to the lucrative Indian Premier League last September.

Holder then flew directly from India to also lead West Indies on a two-Test tour of New Zealand in December before turning out in the Australia Big Bash.

He opted out of the one-day and Test tour of Bangladesh earlier this year but then featured in all three formats against Sri Lanka in March, after losing the Test captaincy to Kraigg Brathwaite.

Holder appeared for Sunrisers Hyderabad in the IPL before the tournament was suspended last month due to a deadly COVID-19 wave across India.

“The last year and a half has been pretty bizarre. I’m probably one of the few that is crossing formats and it’s a reflection of my hard work and my contribution to the game,” he explained.

“For me, I just try to take it in stride. I just want to be fit and healthy to play each cricket game I’m selected for and just contribute positively.”

Holder will be without any match practice heading into the first Test at the Daren Sammy National Cricket Stadium, having played his last competitive game in the IPL nearly two months ago.

Though forced to sit out the four-day squad match, he managed to watch some of the action and said it had been critical to the West Indies build-up for the series.

“The guys were obviously a little bit rusty…but slowly but surely you could see the rust dropping off,” he pointed out.

“Hopefully, their mindsets will be in a greater position heading into the Test series which obviously is an important one for us.”

West Indies face South Africa in the second Test here starting June 18 before travelling to Grenada for the T20 series from June 26 to August 3.