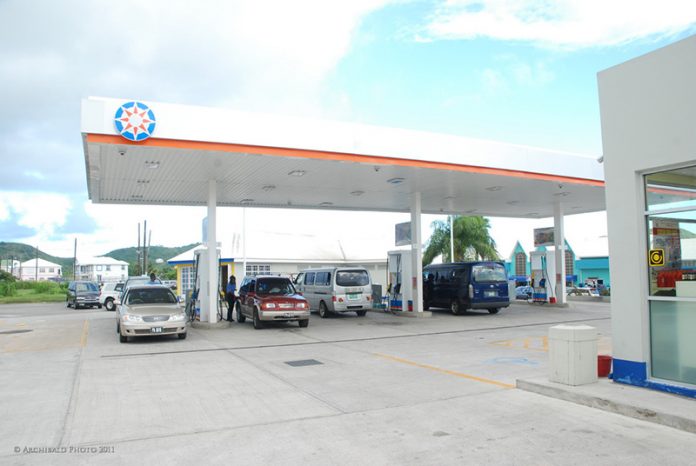 St. Kitts and Nevis (WINN): Increasing fuel prices have become a major issue of national interest and political leaders of the St.Kitts-Nevis Labour Party and the People’s Action Movement have outlined their plans geared toward bringing relief to consumers.

Should the SKNLP secure victory at the polls in the August 05 General Elections, Political Leader of the St. Kitts-Nevis Labour Party, Dr. Terrance Drew said his administration will ensure a more reasonable and affordable rate for the sale of gasoline. He made this announcement on Wednesday night (July 27) 2022 at a Public Rally in Conaree.

Drew explained that a new Labour Party Government shall support and enhance the Citizens By Investment Programme to benefit all the people of St. Kitts and Nevis. He said the first straw of the programme going forward would be a cost of living subsidy, which includes the price of fuel.

“I cannot have a program earning hundreds of millions of dollars and 20,000 vehicle owners cannot afford to put fuel in their cars. We shall determine what is a reasonable, affordable rate for the sale of gas and diesel to motorists, and anything above that figure will have to be borne by the government and its revenue generating agencies, until such time as the global price is normalised and we can have market prices that are affordable to our motorists once again. I also want to say that this initiative will temper the cost of catching a bus here in St.Kitts and Nevis, so the bus drivers also will benefit from this programme. So, we shall announce, by August 31st, what the price of fuel to you, the motorists of this country, shall be and shall not exceed, for the remainder of the year. You will not pay more than what you are paying now for sure and already our economic team is telling me that they can return retail prices to a minimum, to what it was on March 31st, 2022. I give you the assurance that there shall be a cut in the price of fuel to you and that price cut shall remain in effect for the rest of the year in spite of whatever happens in the global markets. The fuel prices are too high and they are affecting our people here in St. Kitts and Nevis.”

Shawn Richards, Leader of the People’s Action Movement has also weighed in on the highly debated matter of “rising fuel cost”. In a statement on Thursday night (July 28), he announced that under a GET Relief Plan by a People’s Action Movement- Concerned Citizens Movement Government, citizens and residents of St. Kitts and Nevis will see a decrease and freeze in the cost of gasoline.  The acronym GET means Gasoline, Electricity and Telecommunications.

Richards said, “The [GET] Plan sets out a bold vision and immediate actions to help individuals, families and businesses get relief through a PAM-CCM Government aggressive plan to freeze gas prices and reduce energy and telecommunications cost, so as to enhance the standard of living of the citizens of this Federation.

“A PAM-CCM Administration will freeze gasoline prices at EC $14.00 per imperial gallon. That’s a roll back of EC $4.00 from its current price of EC $18.00 and is expected to grow higher. The average driver spends about EC $800.00 per month on gasoline. The same driver will now pay EC $600.00 per month with a gasoline price cap. That results in a saving of EC $200.00 per month back in their pockets. Bus and taxi drivers will feel the relief and could invest the savings back into their businesses and into the economy.”

The Russia-Ukraine conflict is considered to be the main contributor to the rising fuel cost; Russia is the world’s third-largest producer of oil and also the world’s largest oil exporter. There has also been a ban on Russian oil by the United States and the European Union. The sudden decline of oil on the world market has resulted in higher fuel prices.

Over the past few months, St. Kitts and Nevis has seen a rise in the price of gasoline, climbing to almost EC $20.00 per gallon.  This has added financial pressure on businesses and consumers alike. More specifically, bus drivers in the Federation made a request to the Ministry of Finance, seeking approval to increase bus fares; despite receiving fuel subsidies from the Government of St. Kitts and Nevis.

In Nevis, individuals have been lamenting that their electricity bills are too high, which comes as a result of a rise in fuel surcharge. The Nevis Electricity Company (NEVLEC) said the fuel surcharge rose due to the increase in the cost of fuel. NEVLEC, therefore, implemented a plan to absorb some of the increased cost from consumers.