Remains Found Identified As One of Six Reported Missing 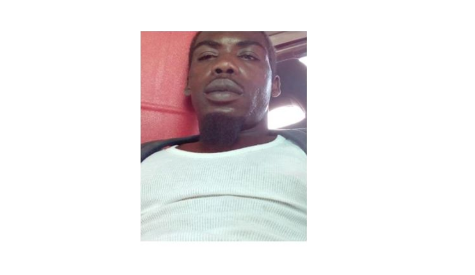 St. Kitts and Nevis (WINN): The remains of one of the six men reported missing in the last two years have been identified.

The Royal St. Christopher and Nevis Police Force in a release stated that the human remains found in the Needsmust area on April 23, 2021 matched that of Jabal Henry of Upper Cayon who had been reported missing in February 2020.

Henry, who was 36-years old when the missing persons report was filed, was last seen on the night of January 31, 2020, walking along the Kim Collins Highway wearing a black shirt and long black pants.

According to the statement from the police, DNA samples from the remains and a close relative were sent abroad for testing and were recently received and proved to be a match. Investigations into the matter are ongoing.

There are still five people reportedly missing, they are:

Charlvin Marks, 21-years-old of Verchilds’ Heights, was last seen leaving home on December 19, 2019. He was wearing a black sweater and black sweatpants, with a backpack on his back and a T-square in his hand.

David Lake, 81-years-old of Conaree, was last seen by his caretaker on Sunday, August 16, 2020, at about 4:00 p.m. He was also seen later that day at about 5:00 p.m. by his neighbor wearing a gray shirt and walking in the southern section of Conaree.

Newtown resident 68-year-old Purcel Hope, also known as Peter or James, was last seen in Stapleton on Saturday, June 19, 2021, at about 7 p.m. wearing a black tam on his head, a brown shirt, green pants, and no shoes. Mr. Hope is dark in complexion, with dark brown eyes, black and gray hair is 5’5″, and has a slim build.

Aston Trevorn James, 26-years-old from Taylor’s Village who was last seen on Friday, June 11, 2021 at Ponds Pasture and at that time wearing a red short-sleeved shirt and brown pants. James, also known as Bobo, is dark in complexion, very slim in build with black medium cut hair and brown eyes.

Persons with information regarding this matter are urged to contact the Violent Crimes Unit by dialing 467-1887, 467-1888, 662-3468, their nearest Police Station or the Crime Hotline at 707 where information can be given anonymously.