Repair work to RLB International’s apron out for tender; Dredging of Piers expected to commence next month 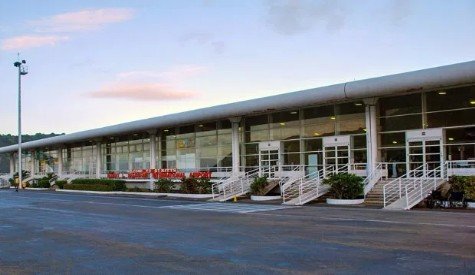 St. Kitts and Nevis (WINN): In an update on the Tourism related capital projects, CEO of the St. Christopher Air and Sea Ports Authority (SCASPA), Ivor Keithley Phillip, addressed the work needed on the apron at the Robert L Bradshaw International Airport and the three cruise berthing areas on the island.

As it relates to the work on the airport’s apron, the CEO said the bid for the job has gone out to tender so that the possible cost of the project can be assessed.

“The difficulty is that we are exploring two avenues; whether to do it in concrete or to do it in the asphalt. When those figures [come] into us, then the final decision [would be made],” said Phillip during the tourism press conference on Thursday (March).

SCASPA is still awaiting the arrival of the dredging team, who had been doing work in Antigua and were expected to come in March.

“The team was taken down with the Omicron, and so they had to [push] their arrival, so we are expecting them early in the new month.”

The main pier on Port Zante has not been dredged since it was constructed, and the last bathymetric survey, which measures the depth of a body of water) indicated that the pier requires dredging.

The second cruise pier, constructed at the cost of US$48 million by the Canadian Commercial Corporation (CCC), currently cannot berth an Oasis-class ship and thus requires dredging to reach the depth of 37 feet that cruise lines are requesting.

The Tourism Ministry is on a mission to be the first in the Eastern Caribbean region to berth three Oasis-class ships at once, and because of the current depth, that is not possible.

The pier’s construction was estimated at the cost of US$43.2 million. In 2019, then Minister of Public Infrastructure Ian “Patches” Liburd shared that additional money in the sum of US$7.8 million more as a result of unfortunate physical conditions that CCC bore.

The construction was completed in November 2019 but was not dredged to the desired depth.

Last year Tuffida Stewart, CFO for SCASPA, indicated that the contractor was instructed to dredge to 37 feet but only dredged to 36 in some areas of the pier, thus the need for this dredging initiative.

While the team from Antigua is in the region, the Minister said they would have the deepwater port at SCASPA in Bird Rock dredged.

Phillip indicated that the additional cost for the dredging would be US$2 million.

Grant said he expects the dredging to be completed before the start of the 2022-23 winter cruise season in November, enabling the destination to berth three Oasis-class ships at any given time.