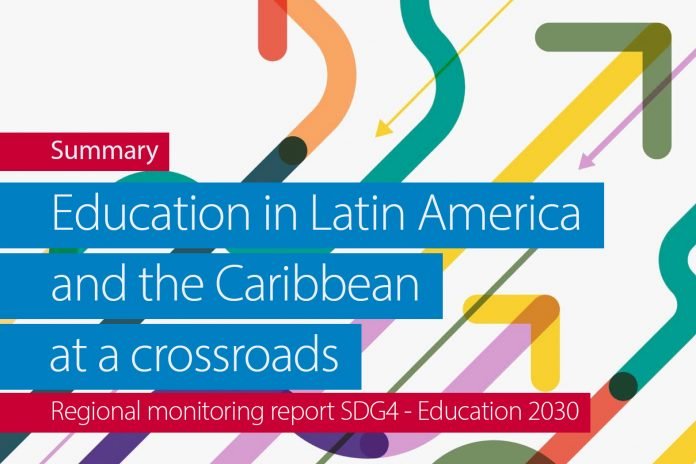 UNITED NATIONS, CMC – A new United Nations report has warned that, at the current rate, Latin America and the Caribbean (LAC) will not achieve the education goals set by the UN’s 2030 Agenda for Sustainable Development.

The report by the United Nations Educational, Scientific and Cultural Organization (UNESCO), the United Nations Children’s Fund (UNICEF), and the Economic Commission for Latin America and the Caribbean (ECLAC) notes that, while achievement with the education goals established in Sustainable Development Goals 4 (SDG4) of the 2030 Agenda was not assured before the COVID-19 pandemic, “it is much less so now.”

The agencies emphasised that the targets will not be met without a change in the direction of policies and resource allocation for education.

ECLAC said the Education Transformation Summit, which will take place on September 19, at the United Nations headquarters in New York, “will provide a global forum to take stock of the efforts needed to recover pandemic-related learning losses, re-imagine education systems for today’s and tomorrow’s world, and revitalise national and global efforts to achieve SDG 4.”

The report titled “The SDG4-Education 2030 Regional Monitoring Report,” notes that “economic difficulties and the devastating effects of the COVID-19 pandemic have contributed to the slowdown and stagnation in the progress made towards SDG4 and educational achievements seen between 2015 and 2021”.

According to ECLAC, the publication summarises five major regional trends during the 2015-2021 cycle.

It said the first two highlight positive aspects in the evolution of various relevant education indicators.

For example, in the last 10 years, the report states the number of illiterate people fallen by 7.7 million, although in rural areas 12.8 percent of the young and adult population, is still illiterate.

ELAC said the next three trends contain warning signs about the evolution of education indicators, stating that the third trend shows a slowdown in the improvement of certain indicators that had been progressing in recent decades.

For example, between 2015 and 2020, the report notes that secondary education completion rates increased by 1.9 percentage points for lower secondary and 2.1 for upper secondary; while, in the period 2010-2015, these values were 6.1 and 6.0, respectively.

ECLAC said the fourth trend indicates a “worrisome stagnation” in key indicators of access to primary and secondary education and in the assessments of the quality of learning.

The report states the percentage of the out-of-school population in primary and secondary education has remained virtually unchanged over the period.

The fifth trend indicates an increase in certain specific gaps at the tertiary level, ECLAC said.

“Although the cycle of expansion in tertiary education continued between 2015 and 2020, incorporating 17 million students over the last 20 years, this expansion is uneven,” the report said.

For example, it said access to tertiary education in the rural sector increased only slightly between 2015 and 2020 and that gaps in access between men and women have widened.