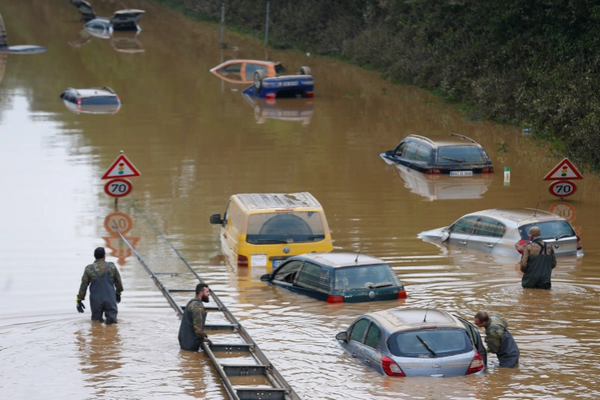 (Al Jazeera) Emergency workers in western Germany and Belgium rushed to rescue hundreds of people in danger or still unaccounted for as the death toll from devastating floods rose to more than 150 people on Saturday.

Authorities in the German state of Rhineland-Palatinate said that more than 90 people died there, including 12 residents of an assisted-living facility for disabled people in the town of Sinzig who were surprised by a sudden rush of water from the nearby Ahr River.

In neighbouring North Rhine-Westphalia, state officials put the death toll at 43 but warned the figure could increase.

German President Frank-Walter Steinmeier said he was “stunned” by the devastation caused by the flooding and pledged support for the families of those killed, as well as cities and towns facing significant damage.

“In the hour of need, our country stands together,” Steinmeier said in a statement. “It’s important that we show solidarity for those from whom the flood has taken everything.”