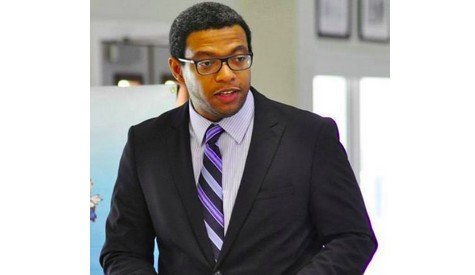 St Kitts and Nevis (WINN): While there is no official announcement at the time of writing on the status of Resident Judge Eddy Ventose, legal sources told WINN that the judge resigned his position and left the Federation last week on a Regional Security Services (RSS) Flight bound for Barbados.

WINN contacted the office of the Attorney General for comment Monday (November 2) but was unsuccessful at news time.

Justice Ventose was appointed professor of law at the University of the West Indies in 2012 at age 35.

In 2018, the St Lucian Professor Ventose mounted a legal challenge in Barbados for his right to be registered to vote. The landmark case went all the way to the Caribbean Court of Justice where the then CCJ President Sir Dennis Byron ordered the Chief Electoral Officer to ensure that Professor Ventose was registered to vote before noon on May 14, 2018, or face contempt of court proceedings which could result in imprisonment.

In September 2018, Ventose was sworn in as a High Court Judge in the Eastern Caribbean Supreme Court.

The case involved Ras Sankofa Maccabee, claimant; and the Police Commissioner and the Attorney General as the defendants.

In August 2019, the National Assembly approved decriminalizing the use of small amounts of cannabis for private and religious use in St. Kitts and Nevis. Marijuana remains illegal but possession of small amounts results in fines that could include community service.

In March 2020, The OECS Bar Association issued a statement saying it joins with the Bar Council of the Federation of St Kitts and Nevis in strongly condemning recent attacks on Justice Eddy Ventose following his February 27, 2020 ruling in a High Court matter involving certain lawyers, who are also, public officials.

“We have seen in particular several Facebook posts containing both open and implied death threats and threats of violence against the Honorable Judge and even inciting violence towards him. We call upon those persons responsible to immediately cease and desist from the cowardly and defamatory attacks via social media and wish to warn others who may harbor similar intentions to desist from so doing.”