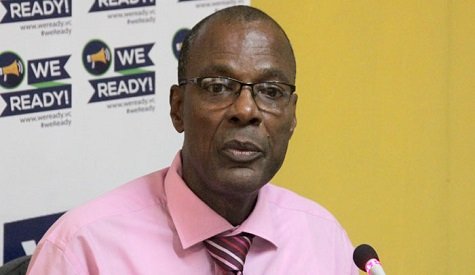 (iWitness News) The initial response to the three burn victims after last week Tuesday’s gas station explosion in Union Island, shows that St. Vincent and the Grenadines, in many respects, is “far from ready”.

“When you see the way these burn victims were handled in the very first instances, it tells of … lack of training, lack of understanding of our first responders,” said Member of Parliament for West Kingstown and opposition shadow minister for health, Daniel Cummings.

Cummings, speaking Tuesday on New Times, his New Democratic Party’s daytime radio programme, said that the hospital in Union Island is rudimentary and lacks a number of things.

“But, on the ground, the firefighting capability, the first aid capability clearly shows up extremely lacking,” he said on the programme on which Member of Parliament for the Southern Grenadines, Terrance Ollivierre, who is also an opposition lawmaker, was a guest.

Two of the three burn victims — 14-year-old student Lindani Neverson as well as Freddy Naert, 72, the owner of the gas station — died on Sunday, May 24, at the Milton Cato Memorial Hospital in Kingstown, where they were taken Tuesday night.

Neart sustained first degree burns about his body while Neverson had second-degree burns.

Meanwhile, Graniqua “Azara” Alexander, 17, who suffered second and third degree burns as a result of the explosion, was flown to Trinidad for medical attention Sunday night.

The explosion occurred about 6:40 p.m. and the coast guard vessel that transported Alexander — a rigid hull inflatable boat — set off from Union Island around 9 p.m.

The larger vessel, Capt. Hugh Mulzac, which transported the two male victims, left sometime around midnight, about an hour after the patients had been loaded unto the vessel, and arrived sometime around 3 a.m. sources tell iWitness News.

Cummings noted that a gas station explosion is not an everyday occurrence and the response requires a level of expertise from the very beginning if they outcome is not to be as tragic as it has been in this case.

“The length of time that it took for the injured to be brought to mainland St. Vincent is just too much, far too much,” he said.

“During that period, precious little was done. I am not clear that even the Coast Guard people understood what could have been done in circumstances of that kind. And the length of time to move from the ship and the hospital and whether there was preparation in the hospital,” he said.