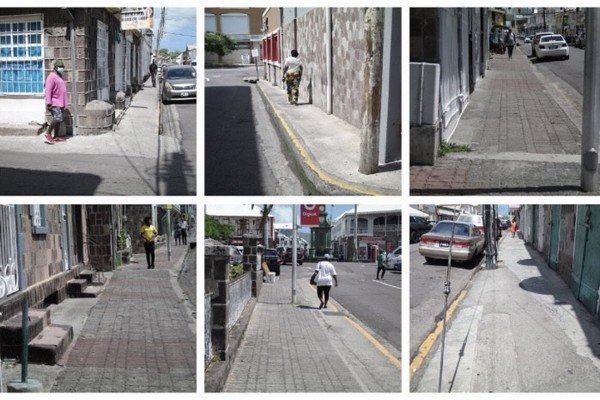 Basseterre, St. Kitts, July 28, 2021 (Press Unit in the Office of the Prime Minister) – The relocation of street vendors to the public market and the planned move of food truck vendors to a designated lot at North Independence Square Street have been identified as measures being taken by the Government to revitalize and fully transform the Basseterre area into a beautiful and attractive location for citizens, residents and visitors alike to safely conduct business.

Speaking on Tuesday, July 27 on the popular Leadership Matters programme, Prime Minister Dr. the Honourable Timothy Harris said, “Our plan to transform Basseterre into a most beautiful city which allows for safe movement of vehicular and pedestrian traffic is now being implemented.”

The prime minister indicated that through these actions, his administration is overcoming the challenges which administrations before were incapable of dealing with, and which will in turn make life in the city better for all.

Dr. Harris said, “Our sidewalks along the Bay Road, Fort Street, Central Street and Princess Street in the heart of Basseterre have been reclaimed for safe use. It is a big relief to all of us but especially to the elderly, to persons living with disabilities who many times were forced into the road exposed to harm and injury from incoming traffic. We have resolved this problem by relocating the vendors to the people’s market. My government is encouraged by the widespread public approval for this major development in Basseterre.”

With respect to the relocation of the mobile truck vendors, Prime Minister Harris said a new food court will soon be available with all the required amenities at North Independence Square Street.

He added, “On Sunday afternoon, I toured the site accompanied by Mr. Jay Farrier, Chairman of the Street Vending Committee, Police Commissioner Brandy and Superintendent Henry. I was impressed by the progress made to date. Electricity poles and lines are already drawn to the site. Plumbing system is being organized, complete with sanitary facilities. These are necessary amenities that were not previously available. In addition, a gazebo will be erected to create an impressive ambiance. Security cameras and extra lighting will be installed in the area to ensure enhanced safety. In summary, something better than what was, will be available to vendors and patrons.”

“We are seeking to reorganize the city of Basseterre to bring more structure and order so that we can improve safety and of course facilitate economic growth,” Prime Minister Harris said.