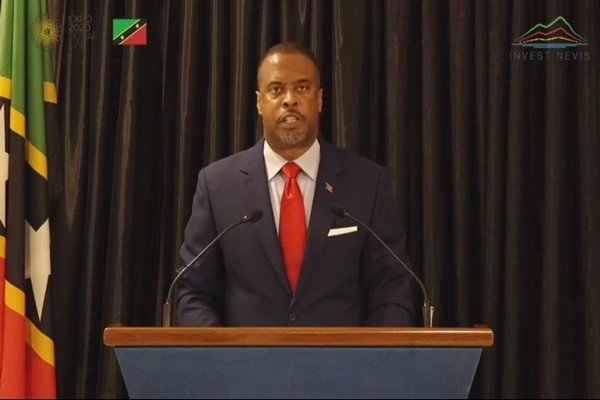 St Kitts and Nevis (WINN): The recent rise in the cost of oil on the global market is a contributing factor to the rise of fuel surcharge on electricity bills for consumers and businesses on the island of Nevis.

The Nevis Electricity Company issued a statement on Wednesday, April 13, 2022, advising the general public that, ” your electricity bills for April will reflect a moderate increase in the Fuel Surcharge. The increase is a direct result of the recent hikes in the price of oil on the global market and by extension our fuel costs.”

Reacting to the statement via social media, some individuals raised concerns that the cost of electricity is rising but wages are not, whilst others questioned the long talked about matter of Renewable Energy for Nevis.

In an exclusive interview with WINN FM on Saturday morning, (April 16) Premier of Nevis the Hon Mark Brantley commented on the increase in Fuel Surcharge, citing that the Russia- Ukraine war led to this.

“In the context of the Fuel Surcharge, I think all of our people are aware of the surge in prices of oil and fuel on the world market occasioned in part by the Russian invasion of Ukraine and the disruptions to supplies that -that has caused. As a result of that naturally, our engines are powered by diesel and that’s how we generate electricity throughout the Federation at this point and so naturally the cost of that has gone up.”

Brantley added, “As a Government in Nevis, we have met with NEVLEC and we have asked NEVLEC to do its best to cushion the impact of that and NEVLEC has come up with a position, but rather than implementing a fuel surcharge increase monthly, which could see significant changes to customers bills, they are producing a rolling average, I think using a period of six months and then even so they are still implementing it in phases, as oppose to a one time implementation which would cause tremendous trauma to our people in terms of the electricity bills.”

Brantley suggested that people be prudent in the consumption of energy. He added that as a small island there are factors outside of our control as it relates to energy resources, as we are dependent upon international forces for crude oil. The Premier also emphasised the fragility of the energy situation in St Kitts and Nevis and how easily our economy is affected by the war.

Premier Brantley emphasised the importance of Renewable Energy in the Federation, which could better prepare for times of uncertainty.

He said, “That underscores to me the need for us to move as speedily as we can to renewable energy and to ensure that we are insulated from these exogenous shocks that can cause so much harm to us and it’s in that vein that my government has continued its efforts at Geothermal Energy and seeking to advance that particular project.”

The Premier further stated that the biggest issue for moving Geothermal along is financing. Currently, the Nevis Island Administration is seeking financing through the Caribbean Development Bank in collaboration with the Government of St Kitts and Nevis.

Brantley shared, “The Prime Minister is seized of that matter and it is my expectation that we will shortly see some movement on this and that the people of Nevis and by extension the wider Federation since we are anticipating the possibility of exporting energy to St. Kitts, that we can get relief.”