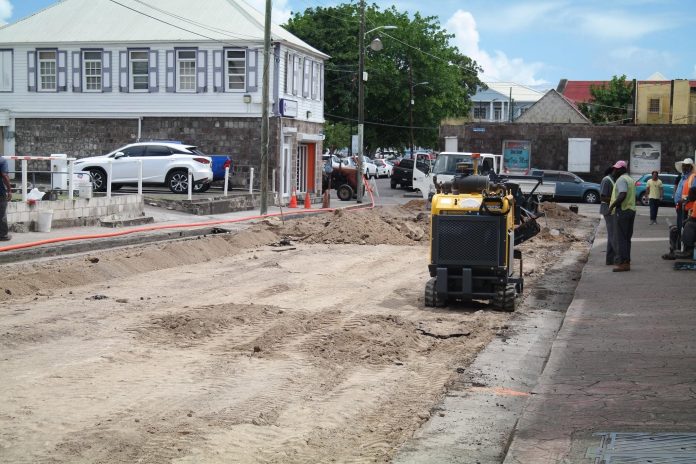 St. Kitts and Nevis (WINN) – On Monday (March 7), roadwork began to repair Bank Street in Basseterre and the road is closed for two weeks.

According to Gilbert, the repair should have been done last year, but various events during the December period prevented the work from commencing.

The project is expected to run until March 21, and as of the update today (March 9), service providers are replacing infrastructure.

“What we are doing currently we are allowing the service providers, the Water Department and the Cable, to replace and repair infrastructure in place and then after that, we will pave the road.”

The engineer asked that the public be patient during the 14 days of the road repair work.