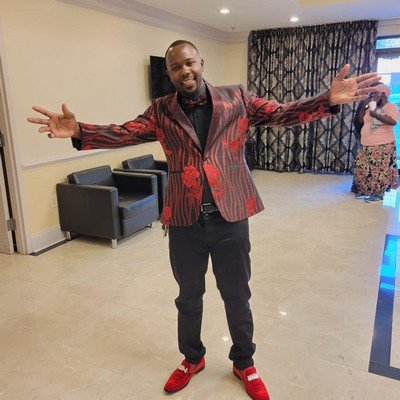 (Press Release) Atlanta-based gospel artist Rohan Clarke has finally released his debut album Happy Paradise recently to rave reviews. The Jamaican born artist in an interview explained that the 14-track album is an eclectic mix of various styles and sub-genres, all reflecting the gospel message. He began listing some of the tracks from the album, “We have ‘Try Jesus’, we have ‘I am Clay’, we have ‘Anytime Now’, we have ‘What’s Next’, we have ‘Prayer’, we have ‘One Time’, we have ‘Under the Blood’, we have ‘I Rise’ and ‘Destination’, we have ‘I Know’, we have ‘Happy Paradise’ which is the title track; we have ‘Thick and Thin’. I have a reason I wrote all of them. I have a testimony behind all of the inspiration,” he explained.

In 2008, Rohan Clarke won the prestigious Jamaica Gospel Festival Competition. Winners of that competition usually go on to establish their gospel music career, but for Clarke he instead migrated to the US and started his music career all over again. “When you leave Jamaica and come here, you have to push because nobody really knows about you,” Clarke said. He explained he wants to do more than just reaching the Jamaicans living in Atlanta, he wants to reach a cross section of artists. “I want to break that trend that is why the album is a mixture; it’s not just reggae tracks,” he added.

With the album now out, Clarke is looking to travel the world and minister and even had his eyes on the Caribbean. He was planning to head to Jamaica on Gospel JA, one of the most popular gospel music radio stations there, but due to COVID restrictions, it did not materialize. The album is available in physical CDs and is streaming on all streaming platforms. The full video interview with Clarke will be streamed at a later date on the JIFE Music Facebook page.