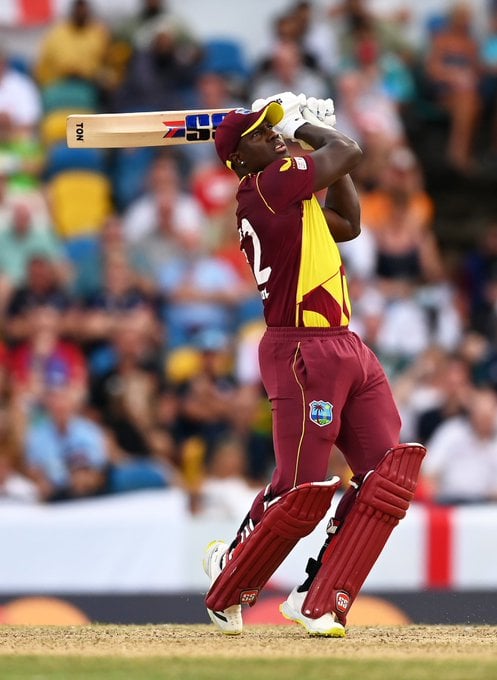 (ESPNcricinfo) – A brutal 51-ball century from Rovman Powell blasted West Indies to a 20-run victory over England and a 2-1 lead in their five-match T20I series in Barbados.

Powell muscled the hosts to 224 for 5 with an astonishing 107 off just 53 deliveries amid a 122-run stand for the third wicket with Nicholas Pooran, who was the perfect corner man to Powell’s heavyweight destroyer with a sublimely crafted 70 off 43.

In response, England’s inexperienced team – which had undergone no less than five changes through illness, injury and rotation – were left punch drunk until Tom Banton‘s gallant half-century and an assured 57 from Phil Salt on his T20I debut kept them in the fight. But ultimately, the tourists had been left with too much to do.