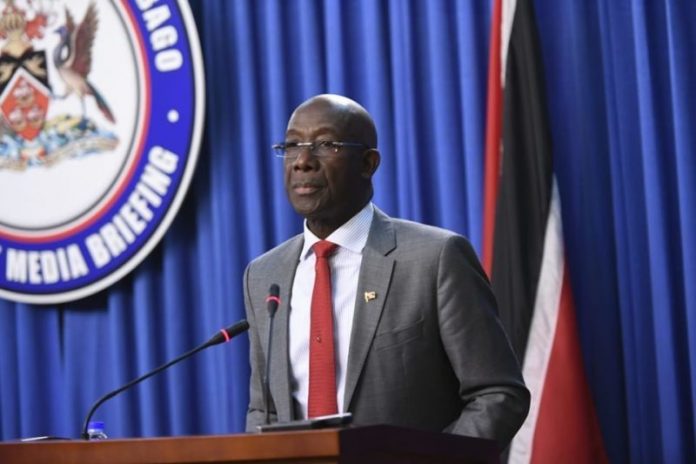 PORT OF SPAIN, Trinidad (CMC) – Trinidad and Tobago’s Prime Minister Dr. Keith Rowley has called on Britain’s Prince William to do more than just offer words of acknowledgement that his country played a significant role in the slave trade.

Rowley wants the Prince to ensure a level of compensation for those who had their liberties taken away as a result of the Atlantic slave trade.

Rowley, addressing the Spiritual Baptist Liberation Day organised by the ruling People’s National Movement (PNM) on Monday night, said he was pleased to have heard Prince William acknowledge that slavery was wrong during his visit to the Caribbean last week.

“Recently I was very pleased to hear Prince William say that he acknowledged that slavery was wrong and that the British government, the British people, have some responsibility in that piece of unforgettable history,” he said. “But tonight I want to say to Prince William, having said that, I believe you. But I will believe you more if you do what you must now do, which is the offer of some reparation to the people who were wronged in the way that you have acknowledged.”

Rowley said it is not “sufficient to say that I acknowledge this, but not to seek to help those who were harmed by it.”

In his address, the PM said members of the Spiritual Shouter Baptist faith, which is indigenous to Trinidad and Tobago and is a unique religion, comprising elements of Protestant Christianity and African doctrines and rituals, should have been compensated for the years they suffered in practising their religion.

“This country of yours acknowledged that there ought to have been some recompense and that the government that I led continued to add to the progress that you are making”.

Prince William, accompanied by his wife, the Duchess of Cambridge visited the region in celebration of Queen Elizabeth’s Platinum Jubilee. Last Thursday while in Jamaica, Prince William shared that “the appalling atrocity of slavery forever stains our history. I want to express my profound sorrow. Slavery was abhorrent. And it should never have happened”.

During their week-long visit to Belize, Jamaica and the Bahamas, the Royal couple were exposed to calls for reparations.