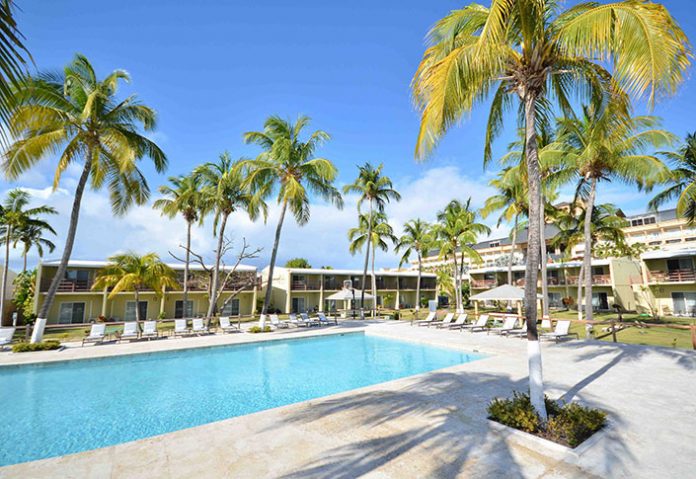 American Airlines returned to St. Kitts on Saturday with passengers from Miami, Florida.

Questions were raised about the sighting of three people, wearing wrists bands, who appeared to be tourists and shopping at Bobsy’s on Saturday rather than being restricted to quarantine facilities.

” …Those individuals … the couple they were not guests of the hotel. They were not international travelers. What they were is local individuals that were taking photos throughout the Frigate Bay Area, ” Mr. Thompson told WINN in an invited comment.”

” We’ve reviewed our cameras; they were seen on the hotel grounds at the front in the Royal Plaza as of 2:00 o’clock in the afternoon…they were there before the arrival of American Airlines flight. They’re simply taking photos and they had their suitcase to carry different outfits in.”

He said the other person spotted at Bobsy’s with a wristband was actually a local guest, staying at the hotel, who was going into Bobsy’s to purchase food.

“There were no international guests or quarantine guests in Bobsy’s this weekend,”

WINN asked Mr. Thompson about the hotel’s protocols for international visitors and people in quarantine

He told WINN that quarantine guests or international travelers are not permitted to use the Royal Gym within the first week of their vacation in place.

“They must take their day seven PCR test and that test must come back negative. Once that test comes back negative that guest is then graduated to a black wristband. The black wristband identifies guests that are permitted to use the Royal gym between the hours of 9:00 AM and 12:00 PM daily. ”

Mr. Thompson said while the guests are using the gym, access is restricted and it is closed to any local guest or tenant of the Royal St. Kitts Hotel

” The gym is closed from 12 PM until 1:00 PM for cleaning and disinfecting and is reopened at 1:00 PM for local guests or tenants to use it the gym.”

” Here at the Royal Saint Kitts Hotel, no one is permitted to leave the lobby or the front doors of the hotel wearing a red wristband; you would not see any quarantine guest or international guest at Bobsy’s or any facility that is outside the front door of the hotel.

The wristband policy at the hotel is as follows: