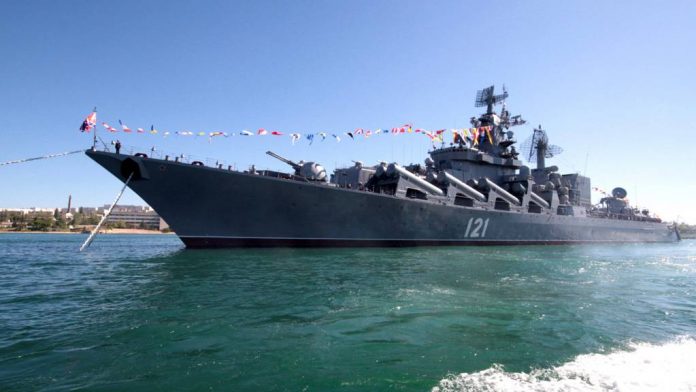 We’ve heard two claims about damage to the Russian warship Moskva today: Ukraine says it carried out a strike on the vessel using Neptune missiles, while Russia claims ammunition on board blew up.

Shashank Joshi, defence editor at the Economist, says it’s possible that a missile struck the ship and then ammunition exploded.

“And of course, when magazines on ships explode, the results tend to be absolutely devastating for the ships concerned. This is huge amounts of explosives that can completely destroy a ship – they can certainly render it combat-ineffective for a long period.

“On balance, I’m more inclined to believe the Ukrainians did strike the ship.”

He notes that Ukraine has in total hit four Russian warships so far.

Asked about the significance of the incident, Joshi explains that Moskva was providing air cover for other ships which may now be more at risk of aerial attack.

He said it also had missiles that could “strike quite far inland in Ukraine”.