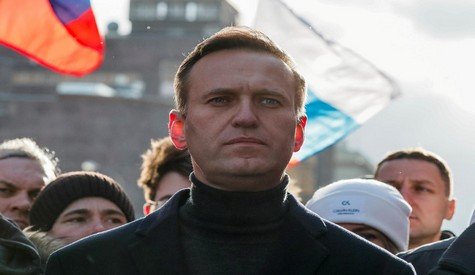 BERLIN (AP) — Russian opposition leader Alexei Navalny has been released from a Berlin hospital after more than a month’s treatment for poisoning, with doctors now believing that it’s possible he could see a “complete recovery” from the Soviet-era nerve agent, the hospital said Wednesday.

Navalny spent 32 days at Berlin’s Charite hospital, 24 of them in intensive care, before doctors deemed his “condition had improved sufficiently for him to be discharged from acute inpatient care.” He will remain in Germany for the time being to continue his rehabilitation, his team said.

As he was released Tuesday, the 44-year-old displayed his characteristic sarcastic sense of humor. In an Instagram post, he took swipe at Russian President Vladimir Putin, scoffing at reported comments by the Russian leader suggesting that Navalny might have intentionally poisoned himself.

Navalny, a politician and corruption investigator who is Putin’s most visible opponent, was flown to Germany two days after falling ill on Aug. 20 on a domestic flight in Russia. He spent those two days in a coma in a hospital in the Siberian city of Omsk, where Russian doctors said they found no trace of any poisoning.