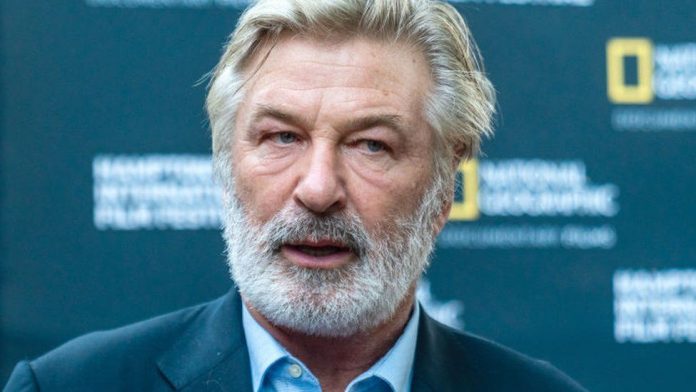 (BBC) – Alec Baldwin says he “didn’t pull the trigger” of the gun that fatally wounded cinematographer Halyna Hutchins on the set of his film, Rust.

The star made the claim in his first sit-down interview since the incident in October.

“I would never point a gun at anyone and pull a trigger at them. Never,” he told George Stephanopoulos of ABC News.

The interview was recorded on Tuesday and is due to be broadcast in the US on Thursday evening.

Mr Stephanopoulos described their 80-minute discussion as “raw” and “intense.

The journalist described Mr Baldwin, 63, as “devastated” yet “very candid” and “forthcoming”, while previewing the interview on Wednesday’s Good Morning America.

“I’ve done thousands of interviews in the last 20 years at ABC,” he said. “This was the most intense I’ve ever experienced.”

Mr Baldwin is best-known for his performances in films like Glengarry Glen Ross and The Hunt For Red October, as well as his impersonation of Donald Trump on US sketch show Saturday Night Live.