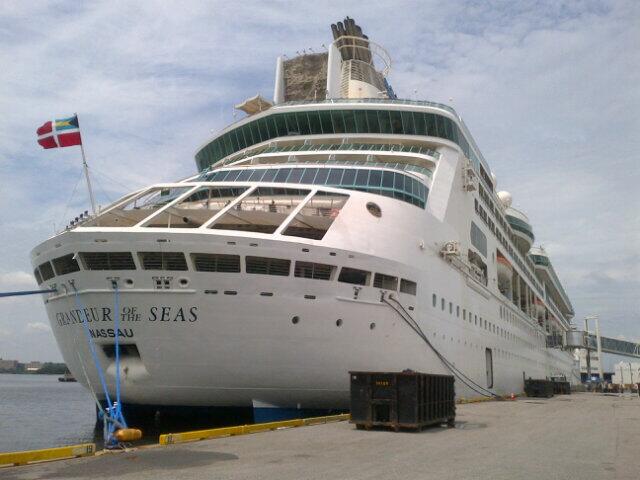 Basseterre, St. Kitts (WINN)- The Royal Caribbean Group’s ‘Grandeur of the Seas’ and ‘Rhapsody of the Seas’, are scheduled to arrive this week, for a safe harbour for 60 days, according to a press release from the St. Kitts Tourism Authority issued on Saturday, December 5.

Rhapsody of the Seas, with 78 crew members, is slated to arrive today ( Sunday, December 6) from the Port of Miami/Coco Cay.

The Grandeur of the Seas, with 87 crew members, is due to arrive later in the week from St. Maarten.

The St. Kitts Tourism Authority stated that in the event a crew member tested positive for COVID-19, on entry into St. Kitts and Nevis, the vessel will have to leave for international waters.

Crew members are to be quarantined for 14 days and an RT-PCR test is to be administered at the end of the quarantine.

They are also not allowed to mingle with the local population after the mandatory 14-day quarantine period, a decision, Royal Caribbean said, it made in the interest of the safety of the Federation and the ships’ crew.

“Pilots from the St. Christopher Air and Seaports Authority(SCASPA) will not be required to provide any physical assistance to facilitate berthing for either vessel while the Coast Guard may be called in the case of an emergency only.

Containers of supplies will be imported and delivered to the Pier without any physical interaction between ship agent Delisle Walwyn’s staff and the crew.

Crew exchange will be done only via air and all crew embarking ships and disembarking must adhere to the Federation’s travel requirements for arrival and departure.”

This is the third attempt at facilitating the safe harbour of Royal Caribbean Group Vessels. They were previously scheduled for August and November 2020.