Sam Condor Thanked For His Service As A Diplomat 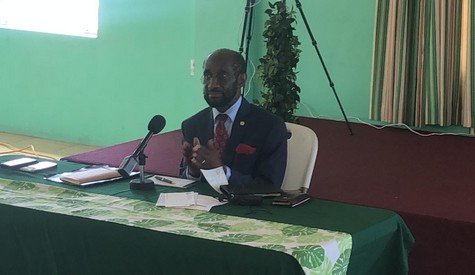 St Kitts and Nevis (WINN): Foreign Affairs Minister Mark Brantley, who is responsible for the Federation’s diplomats, has confirmed receiving the resignation of Ambassador Sam Condor.

Condor was the St Kitts and Nevis Ambassador to the United Nations.

Sam Condor at a press conference Thursday (May 21) said he was moving away from the Team Unity Coalition he helped form some five years ago, and was returning to the St. Kitts Nevis Labour Party.

Condor said he was disappointed that the government had failed to give priority to the electoral promise the coalition made to implement its good governance agenda.

As WINN FM has been reporting, the Sam Condor decision has met with mixed reaction.

Grant: Re-opening of the Cruise Sector in June Depends on Vaccine Compliance